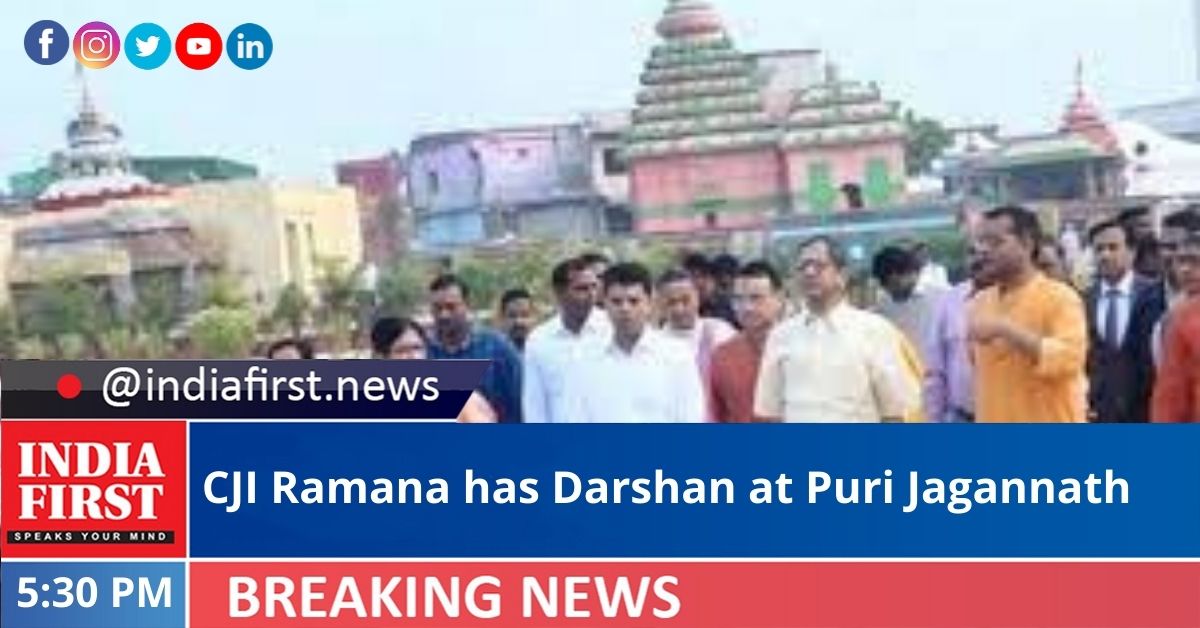 Chief Justice N.V. Ramana visited the Lord Jagannath Temple in Puri today and offered prayers. The CJI is in Odisha on a two-day visit.

Ramana along with Justice Vineet Saran paid obeisance to the sibling deities at the temple. The chief justice was seen wearing a traditional dress and face mask.

After offering his obeisance to Lord Jagannath, Balabhadra and Subhadra in the main temple, he visited a few sub-shrines in the Jagannath temple complex, said chief servitor of the temple, Janardhan Pattajoshi Mohapatra,

The CJI belongs to a village in Krishna district of Andhra Pradesh. “We showed him the visitors’ record. He expressed satisfaction and signed in the visitors’ book. He also paid ‘Dakshina’ to us,” Rajat said.

Sources said he expressed happiness with the silver-plating of the temple doors. Justice Ramana had last visited the temple with his wife on January 25, 2020.

Soon after arriving at the Biju Patnaik International Airport on Friday, he went to Puri directly by road. After visiting the ongoing Heritage Corridor project around the Jagannath temple, he retired for the night.

After darshan of Lord Jagannath, Chief Justice Ramana set out for Cuttack where he inaugurated the new building of the Odisha State Legal Service Authority (OSLSA). He would grace a few other programmes there.

The CJI is scheduled to depart for New Delhi at 6.40 pm.