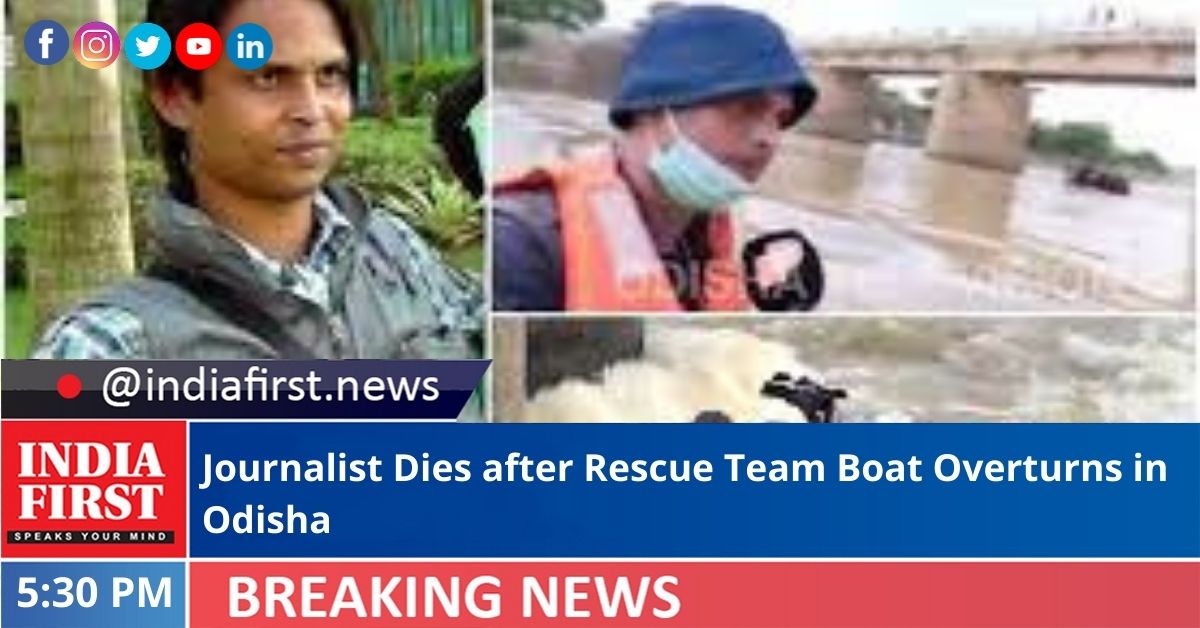 A journalist has died while another person is missing after a boat of the Odisha Disaster Rapid Action Force (ODRAF), deployed to rescue a wild elephant trapped in the Mahanadi river in Cuttack district, capsized yesterday, officials said.

According to sources, a wild tusker got stranded near the Munduli barrage while trying to cross the Mahanadi river. The elephant was unable to move due to the strong current in the river. The ODRAF team then launched an operation to rescue the elephant.

Two employees of regional news channel Odisha Television (OTV) – chief reporter Arindam Das and cameraperson Prabhat Sinha – were also there in the rescue boat, which overturned and capsized due to the strong current in the river.

Soon after the incident, a rescue team brought six persons to the shore while another man is still missing, a police officer said.

The rescued persons were rushed to the SCB Hospital in Cuttack where the doctors tried to resuscitate Das (39) but it was too late.

The condition of Sinha, who has been admitted to the ICU, is stated to be critical, said Bhubanananda Maharana, emergency officer at the hospital.

Three ODRAF personnel are also undergoing treatment at the hospital, he added.

Forest department officials have now been asked to conduct the operation to rescue the elephant, said Cuttack DCP Prateek Singh.

Sources said a herd of 17 elephants were on their way to Chandak forest from Nuasasan in Athagarh when one tusker was swept away by the strong current in the river in the wee hours of Friday.

Odisha Chief Minister Naveen Patnaik, Union Minister Dharmendra Pradhan and senior journalists, among others, have condoled the demise of Das.