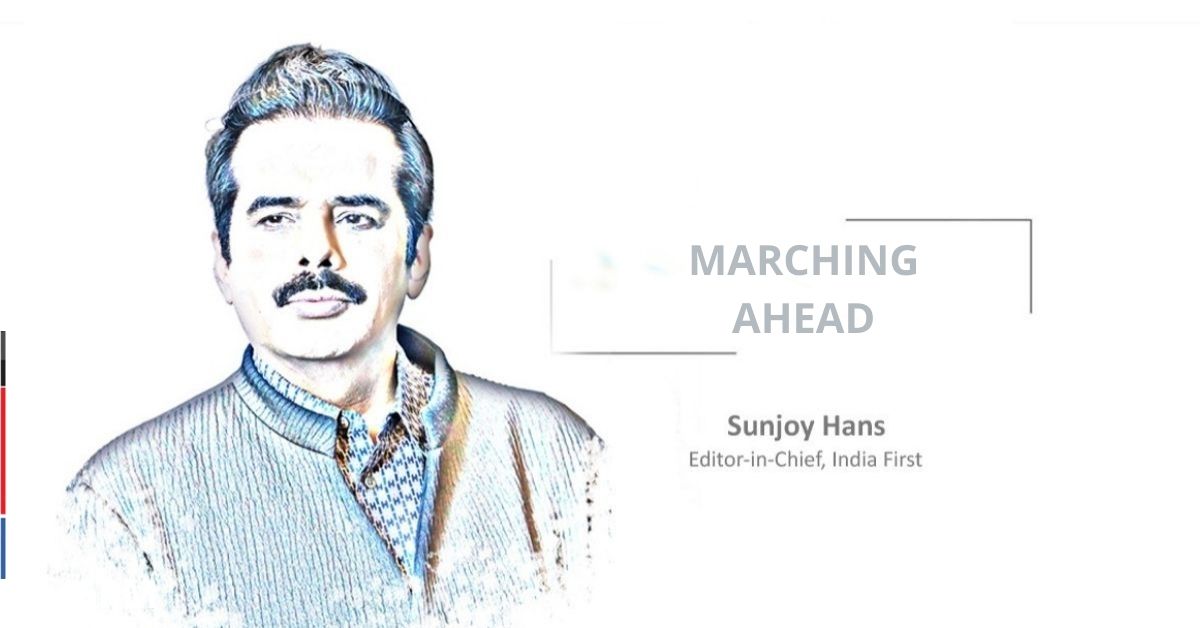 At the time of writing this, a low-pressure area over the Bay of Bengal is again threatening to turn into a depression and unleash more downpours over Odisha – as had happened only a few days ago – but the state’s present and future look sunnier than ever.

With Chief Minister Naveen Patnaik ensuring that every year is better than the year before for his state and his people throughout the two decades (and counting) of his administration, Odisha’s national profile has reached new heights. Apart from being a sports capital, a preferred investment destination for industries and home to Bhubaneswar, which ranks consistently among the top smart cities of India, Odisha’s performance has been improving on all the important parameters of development – be it education, health, environment or law and order.

The efforts and results are ever evident. Most recently, the five-time Chief Minister announced that Odisha will host the International Hockey Federation’s (FIH) Men’s Junior Hockey World Cup from November 24 to December 5 this year at the Kalinga Stadium in Bhubaneswar. The world of hockey continues to count on Odisha whenever it needs support, and the state never denies or disappoints. And the support is not limited to hockey. Just a day before the big hockey announcement, the Chief Minister felicitated the Indian Under-18 Girls’ Rugby Team with a cash award of Rs 5 lakh for bagging silver at Asia Rugby Under-18 Girls’ Rugby Sevens Championship 2021.

While the crackdown on corrupt public servants, Maoists and money launderers continues in earnest, it is also heartening to read more and more stories about the government’s endeavours to protect human livelihoods (with one of the most memorable ones coming from Koraput where coffee cultivation is turning around the fortunes of local tribal communities in the district).

Odisha’s profile is also enhanced in no small measure by the unprecedentedly high number of talented and accomplished bureaucrats and politicians occupying crucial positions at the Centre, from the Prime Minister’s Office to the Reserve Bank of India to the Union Cabinet and so on.

One of the most visible faces among them is Union Minister Dharmendra Pradhan. As a top leader of the Bharatiya Janata Party and its face for Odisha, he may not see eye to eye with Patnaik on many issues and is practically leading the BJP charge against the Biju Janata Dal at the Pipili bypoll – yet both leaders often enough find themselves on the same side on matters pertaining to Odisha’s interests.

Take, for instance, the festering border dispute between Odisha and Andhra Pradesh. The Naveen Patnaik administration has been leaving no stone unturned to stop the Andhra government from asserting sovereignty over the Kotia panchayat (comprised of 20 villages) in Koraput district’s Pottangi block. Now Pradhan has written to Andhra CM Y.S. Jagan Mohan Reddy, requesting him to withdraw his state’s armed police force from those border villages first and then work towards a mutually agreeable solution with Patnaik through discussions.

That kind of rivalry – the one apparently between Patnaik and Pradhan – is worlds better than the pathetic political drama that Congress-ruled Punjab witnessed recently as an ugly fallout of its protracted factional feuds, which not only reflect the Grand Old Party’s top-level leadership crisis but can also gravely undermine stability and development in any democracy.

By God’s grace, Odisha faces no such problems under the Naveen Patnaik government. Therefore, come hell or high water, it is marching ahead.