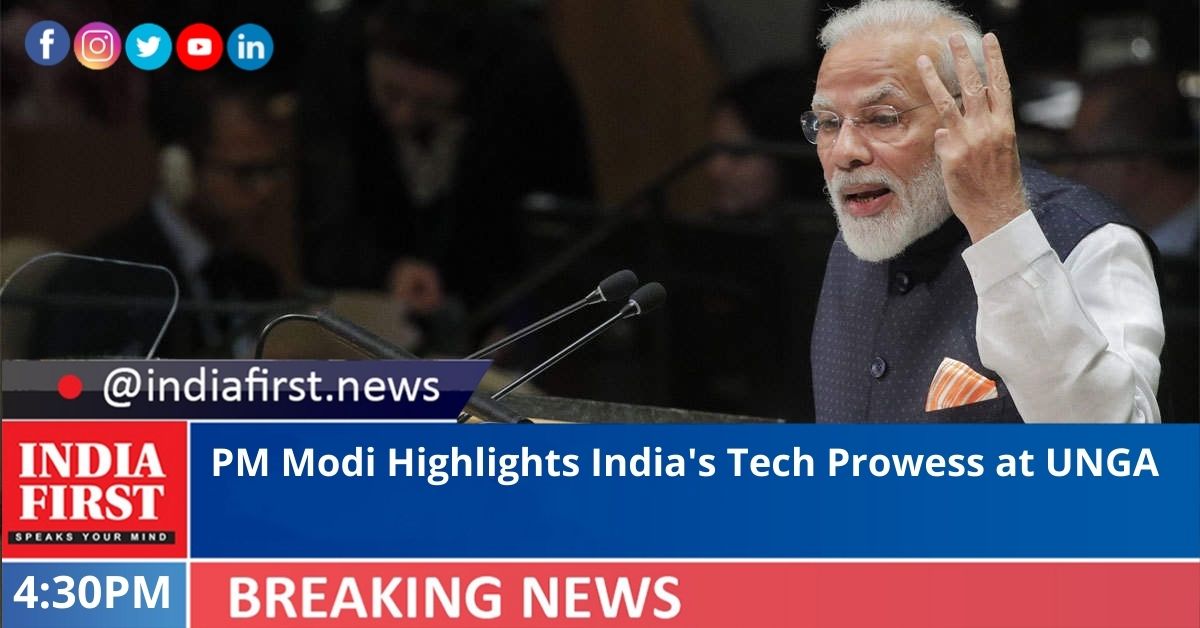 “When India grows, the world grows. When India reforms, the world transforms. The science and technology-based innovations taking place in India can make a big contribution to the world. The scalability of our tech solutions, and their cost-effectiveness are both unparalleled,” Modi said.

“Over 3.5 billion transactions are taking place every month in India through the unified payment interface (UPI),” he said.

Earlier, Modi began his speech on a deeply personal note, rewinding to his roots as a “poor boy” who sold tea in a small town and rose to the country’s highest political office.

“Democracy can deliver. Democracy has delivered,” he said in the first of yesterday’s addresses at the UNGA.

Among Modi’s opening lines: “I represent a country that is proud to be known as the mother of democracy.”

Modi came to New York fresh off the Quad summit on Friday when he also held a bilateral meeting with US President Joe Biden.

The first in-person leader-level Quad meeting welcomed India’s announcement to resume exports of Covid vaccines, including to COVAX, beginning October 2021. The triage between Japan, Australia and India on this effort headlines immediate deliverables while offering a lens into what the Quad seeks to stand for.

In a joint statement, Quad leaders Modi, Scott Morrison of Australia and Yoshihide Suga of Japan and US President Biden slammed terrorist proxies and cross-border attacks, without naming Pakistan or China.