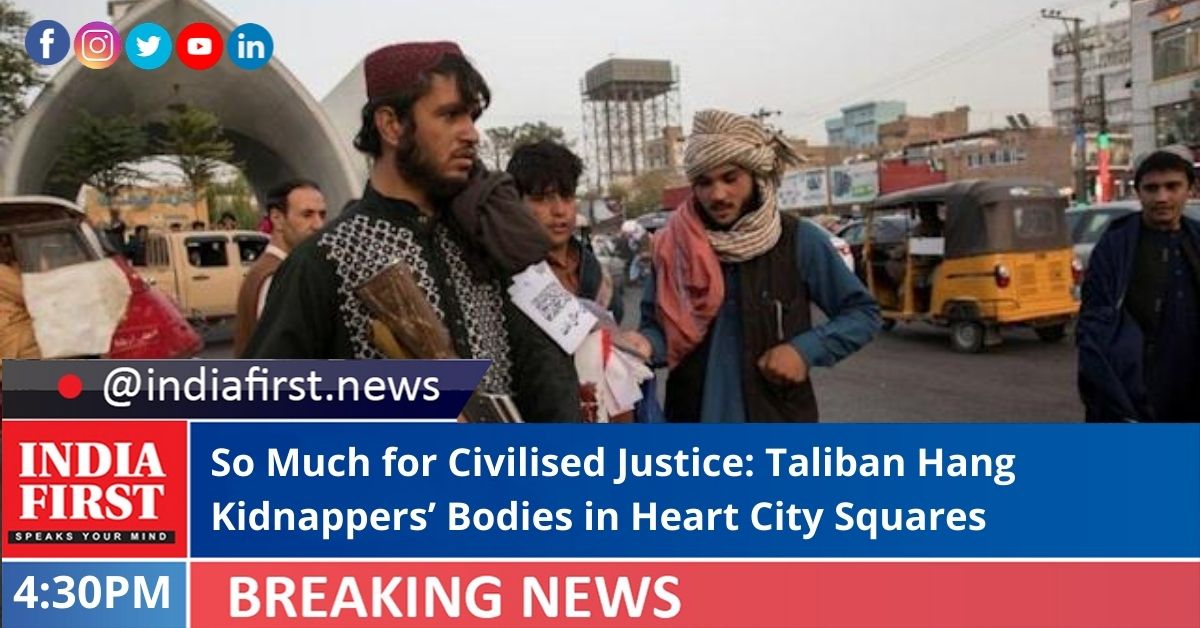 The Taliban reportedly hung the dead bodies of four alleged kidnappers in public in the western city of Herat in an apparent warning, the BBC reported.

The gruesome display came a day after a notorious Taliban official warned that extreme punishments such as execution and amputation would resume.

The men were killed in a gun battle after allegedly kidnapping a businessman and his son, a local official said.

The deputy governor for Herat, Maulwai Shair Ahmad Emar, was quoted by the local media as saying that Taliban fighters had tracked the alleged kidnappers down and killed all of them in a firefight, the report said..

“We hanged their dead bodies on the Herat squares as a warning to the other kidnappers,” the official was quoted as saying.

Since assuming power in Afghanistan on August 15, the Taliban have been promising a milder form of rule than in their previous tenure.

But there have already been numerous reports of human rights abuses carried out across the country.

The Taliban’s notorious former head of religious police, Mullah Nooruddin Turabi, now in charge of prisons, said on September 23 that extreme punishments such as execution and amputation would resume in Afghanistan as they are “necessary for security”.