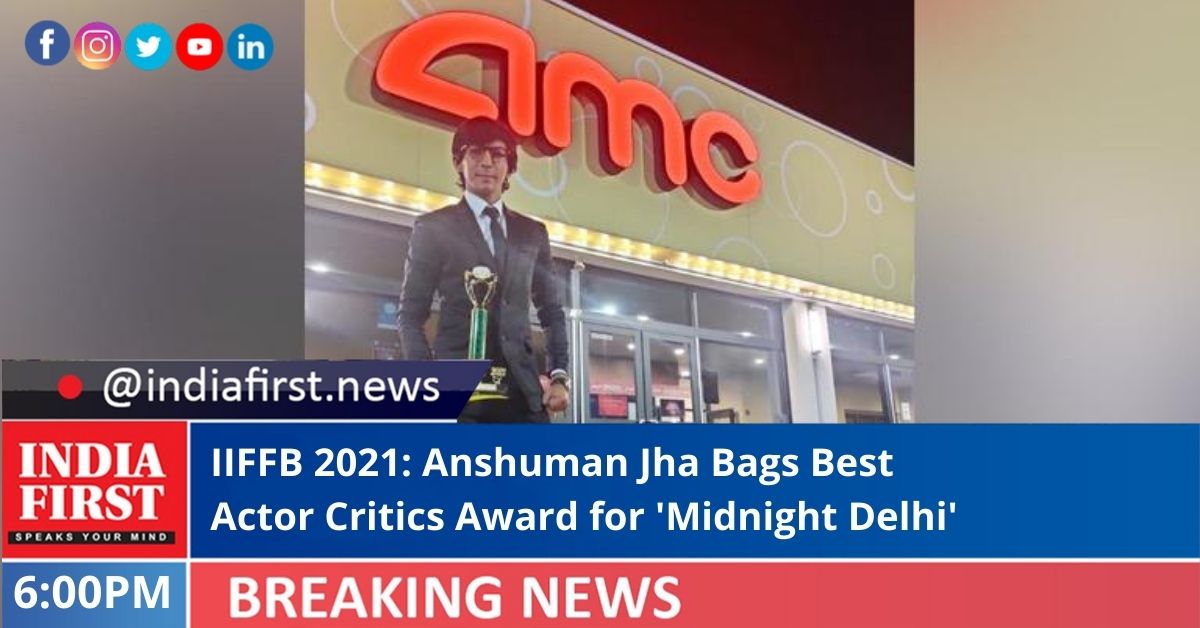 Actor Anshuman Jha has won the ‘Best Actor-Critics Award’ at India International Film Festival of Boston (IIFFB) for his portrayal of a serial killer in the film ‘Midnight Delhi’.

‘As an artiste he is very unique. He is dancing to a rare tune. I am so glad he agreed to be a part of my debut film and has given such nuance to this character,” says Rakesh Rawat, director of ‘Midnight Delhi’.

‘Midnight Delhi’ explores one of the many cruel nights in Delhi. Anshuman essays a grey character in the film, a man who steals surgical blades and then attacks women with them.

Anshuman currently awaits the release of his directorial debut film ‘Lord Curzon ki Haveli’, which had been postponed indefinitely due to the pandemic.

This black comedy thriller, starring Arjun Mathur, Rasika Duggal and Parambrata Chatterjee, is set in London and was halted due to the pandemic.

As an actor, he will be next seen in the action-packed film ‘Lakadbaggha’.