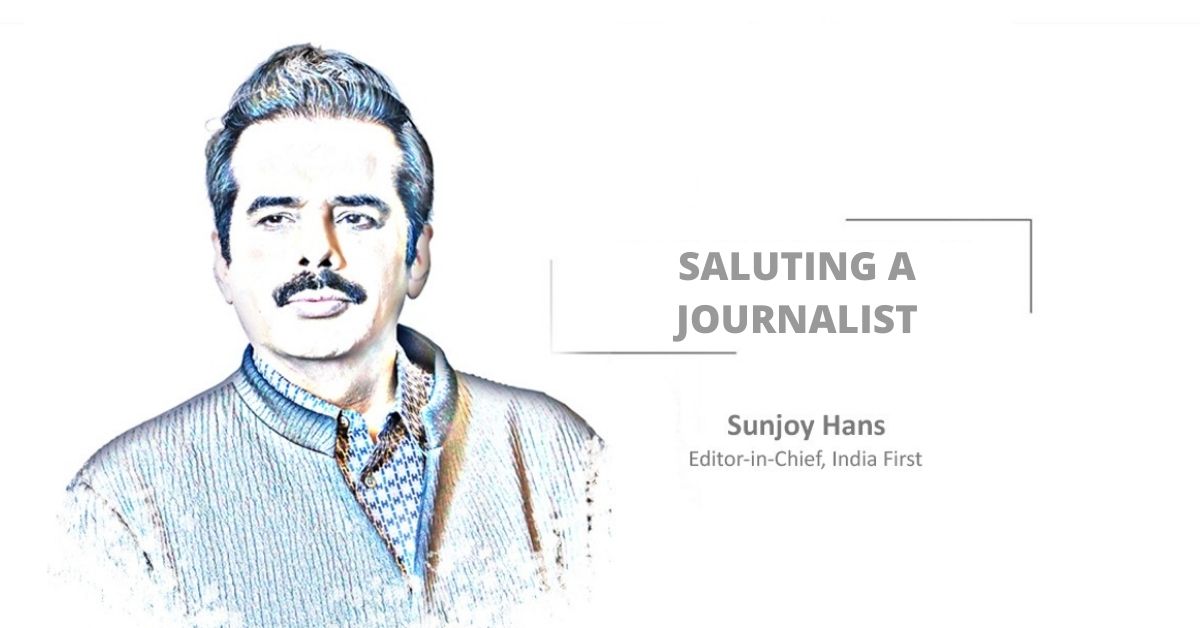 The tragic death of a young TV reporter who drowned in the Mahanadi near Cuttack while covering a rescue operation launched by the Odisha Disaster Rapid Action Force (ODRAF) for an elephant trapped in the swollen river has brought into sharp focus the hazards that professional journalists face in their line of duty.

Some people have argued that the journalist, who worked for a prominent new channel of the state, was being foolhardy in joining the ODRAF team in a powerboat to cover the operation from close quarters. They have also accused the channel concerned of being TRP-hungry and pushing its reporter into the jaws of death. The cameraperson, who accompanied the reporter, was lucky to survive but sustained injuries when the power boat overturned in the river. An ODRAF jawan also lost his life in the tragedy.

However, notwithstanding the tragedy which has shaken the media fraternity of the state, it would be wrong to blame either the reporter or the channel for which he worked. Journalists around the world take such risks regularly while covering events for their newspapers or news channels. They report from war zones, terror hotbeds and areas hit by natural calamities such as floods and earthquakes. We know of journalists having been killed while covering conflicts, the most recent example being Pulitzer-winning Indian photojournalist Danish Siddiqui who was done to death by the Taliban while on an assignment in Afghanistan.

American journalist Daniel Pearl, who worked for The Wall Street Journal, was kidnapped and later decapitated by terrorists in Pakistan. He was said to have been working on a sensitive story which could have been an international scoop. There are any number of examples. The controversial death of Jamal Khashoggi, a US-based journalist and critic of Saudi Arabia’s government, in 2018 is still being debated. He reportedly walked into the Saudi consulate in Istanbul and was murdered there by “agents” of the regime that did not like his reporting. There are several versions of how Jamal was “eliminated”.

At least one Indian journalist sustained injuries while covering the Kargil war. Some others had a narrow escape. So, it is part of the job. Newspapers or TV channels can assign reporters tough jobs such as the one that the young Odia reporter was asked to do. Does the reporter have a choice in the matter? Yes, he has. Notwithstanding the fact that refusal sometimes may cost him his job, he still has the option of saying “no” and looking for another job.

The issue is not that. The real issue is whether the reporter concerned was fully equipped to cover the job he was assigned? Did he take the necessary precautions which in this case meant wearing a life jacket like the other members of the ODRAF team. The news channel concerned can also be held responsible in case of any negligence on this front. But neither the reporter nor the channel was at fault here. Both the reporter and the cameraperson accompanying him wore life jackets like other members of the ODARF team who are professionals and know their job.

The reporter and his colleague, in fact, deserve all praise for the courage they showed in accompanying the ODRAF team to cover the rescue operation in a swollen river. Had the tragedy not happened, the journalist might have won an award for the “exclusive” coverage and been showered with praise by the same people who are now criticizing him and the channel for being TRP-hungry. Let us salute the courage of this young man whose fearlessness shall remain an inspiration for aspiring journalists.