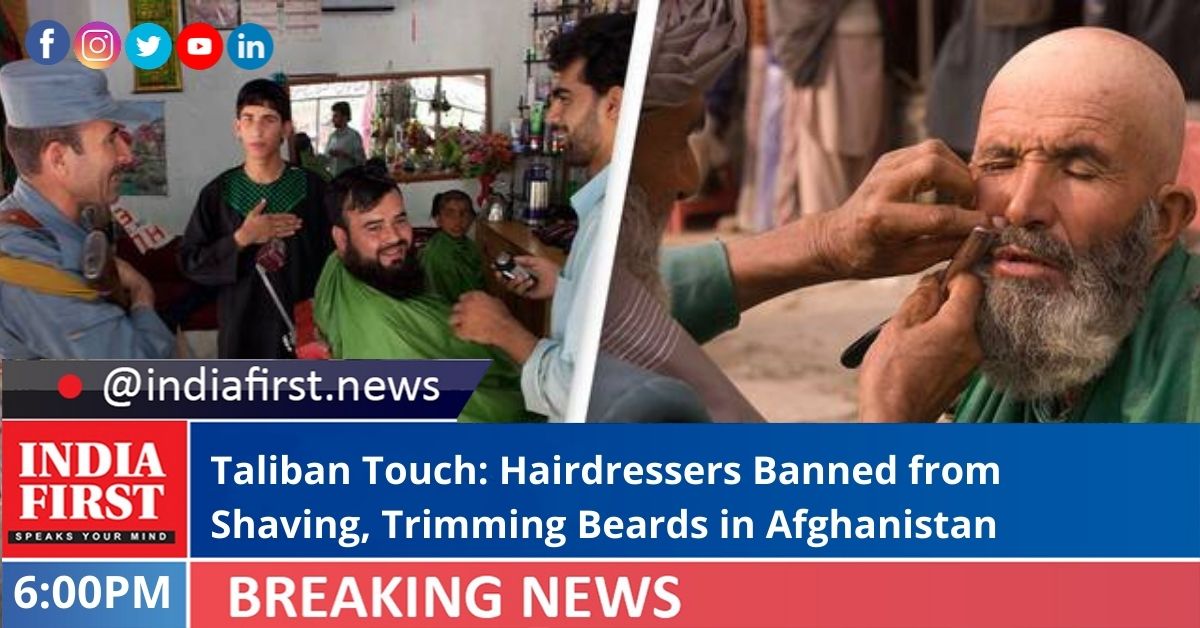 The Taliban have banned hairdressers in Afghanistan’s Helmand province from shaving or trimming beards, saying it breaches their interpretation of Islamic law, the BBC reported.

Anyone violating the rule will be punished, the Taliban’s religious police have said.

Some barbers in the capital Kabul said that they have also received similar orders.

The instructions suggest a return to the strict rulings of the group’s past tenure in power, despite promises of a milder form of government.

In a notice posted on salons in Helmand province, Taliban officers warned that hairdressers must follow Sharia law for haircuts and beards, BBC reported.

“No one has a right to complain,” the notice, which was seen by the BBC, read.

“The fighters keep coming and ordering us to stop trimming beards,” one barber in Kabul said.

“One of them told me they can send undercover inspectors to catch us.”

Another hairdresser, who runs one of the city’s biggest salons, said he received a call from someone claiming to be a government official. They instructed him to “stop following American styles” and not to shave or trim anyone’s beard.

During the Taliban’s first stint in power from 1996 to 2001, the hardline Islamists banned flamboyant hairstyles and insisted that men grow beards.

But since then, clean-shaven looks have become popular and many Afghan men have gone to salons for fashionable cuts.

But the barbers, who have not been named to protect their safety, say the new rules are making it hard for them to make a living.

Another barber in Herat said that although he had not received an official order, he had stopped offering beard trims.

“Customers don’t shave their beards (because) they don’t want to be targeted by the Taliban fighters in the streets. They want to blend in and look like them.”

Despite slashing his prices for a cut, his business has dried up.

“Nobody cares about their style or hair fashion,” he said, the report added.