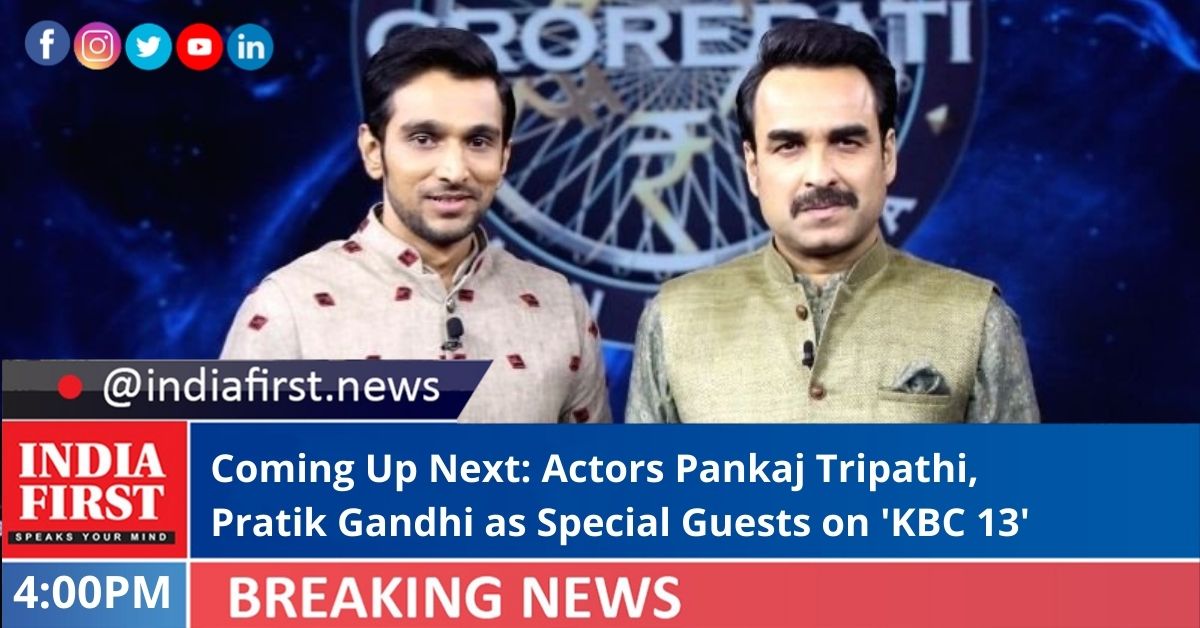 Actors Pankaj Tripathi and Pratik Gandhi will be seen as the special guests in the upcoming episodes of ‘Kaun Banega Crorepati 13’s’ ‘Shaandaar Shukravaar’.

Both the actors will be on the hotseat playing the game with the host Amitabh Bachchan.

Pankaj Tripathi is known for his work on projects like ‘Gangs of Wasseypur’ film series, ‘Fukrey’, ‘Masaan’, while Pratik Gandhi received a lot of appreciation for playing stock broker Harshad Mehta in the web series ‘Scam 1992’.

Not only will they be seen playing the game but will also share personal anecdotes and industry experiences with Amitabh Bachchan and Pratik Gandhi will also be seen performing the ‘Mohan’s Masala’ skit on the show.

Pratik will also be seen playing a quirky quiz with Amitabh Bachchan where he will be seen asking rather interesting questions to the host.