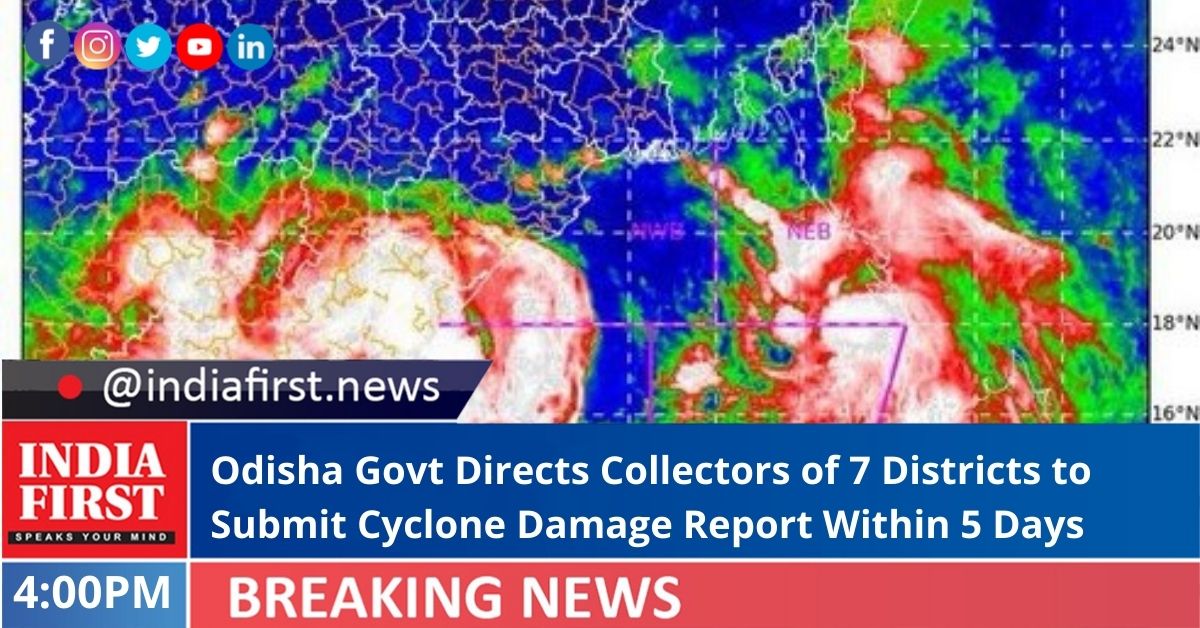 Even though there was no major impact of the cyclonic storm Gulab in Odisha, the state government has asked Collectors of seven affected districts to submit damage report in five days, an official said.

Cyclonic storm Gulab made landfall in Andhra Pradesh on Sunday evening, and under its impact, some parts of southern Odisha experienced heavy rain and medium range windfall. There are reports of uprooting of trees and damage of houses in some places, said Special Relief Commissioner P.K. Jena.

The administrations of Ganjam, Gajapati, Kandhamal, Rayagada, Koraput, Malkangiri and Nabarangpur districts have been asked to submit damage assessment reports in the next five days, he said.

Road connectivity was partially affected due to landslides and uprooting of trees in some places of Ryagada, Gajapati, Koraput and Malkangiri districts, he said.

The road connectivity in between Vizianagaram (Andhra Pradesh) and Sunki (Odisha) has been disturbed due to a landslide. So, the movement of traffic has been diverted to another route, Jena said.

He said 148 mm rainfall was recorded at Potangi block in Koraput district, followed by Mahendragarh (89.4 mm) and Mohana (77.2 mm) in Gajapati district.

Jena said the state government has so far evacuated 46,075 people, including 1,533 pregnant women, to safe places, where the district administrations have made arrangements to provide dry and cooked food to them.

Teams of the ODRAF and the National Disaster Response Force have been stationed at the affected places to repair roads and remove uprooted trees, he added.