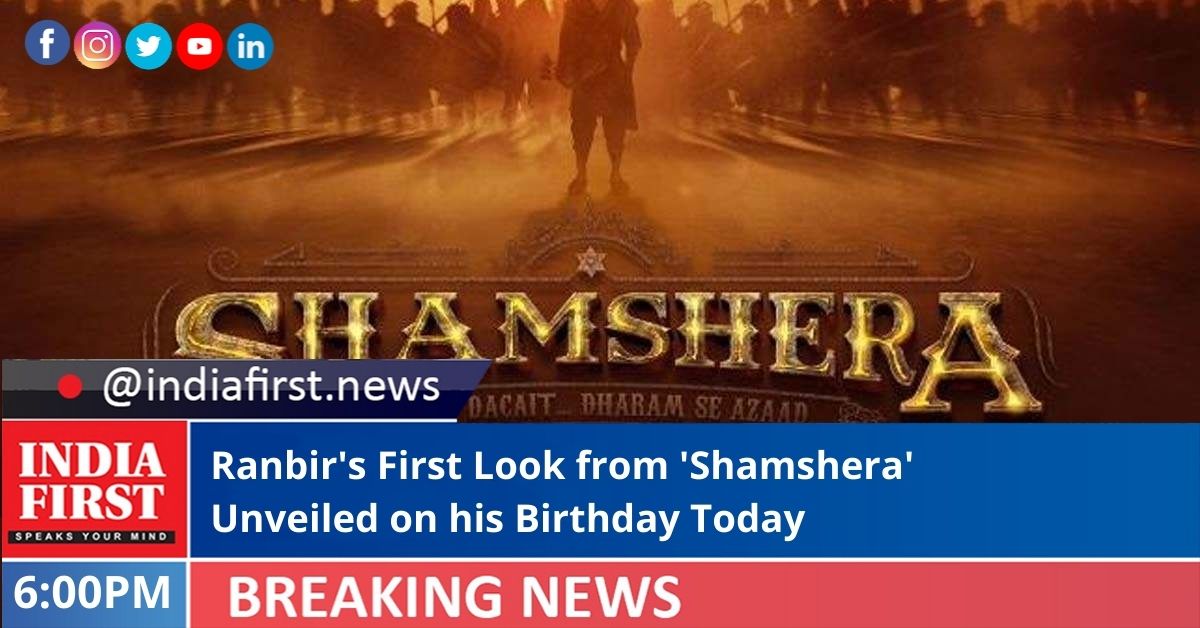 On Ranbir Kapoor’s 39th birthday today, Yash Raj Films have shared a glimpse of the actor’s look from his upcoming film ‘Shamshera’.

Without sharing too much, the camera focuses on Ranbir’s intense eyes. The actor is flaunting long hair and has a mark on his forehead.

Ranbir has been paired opposite Vaani Kapoor in this action spectacle. Directed by Karan Malhotra, ‘Shamshera’ will also have Sanjay Dutt playing the nemesis to Ranbir’s character.

The actor will also be seen in upcoming films ‘Brahmastra’ and ‘Animal’.