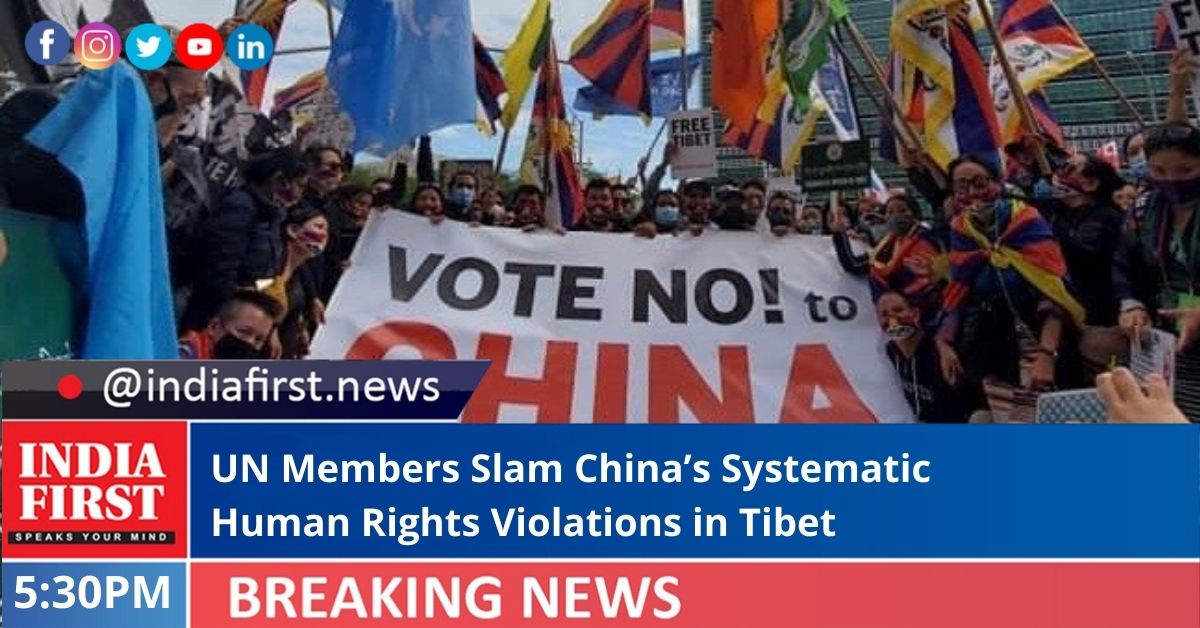 At the ongoing 48th UN Human Rights Council session, a group of member states of the world body has called on China to respect human rights in Tibet, the Central Tibetan Administration (CTA) said today.

Delegates from Denmark, Germany, the Netherlands, Sweden, Switzerland, the US and the European Union (EU), on behalf of 26 member states, have expressed concerns and called on China to respect human rights in Tibet, Xinjiang and Hong Kong, according to a CTA post.

The US continued to disapprove of China’s severe restrictions on religious, linguistic and cultural traditions in Tibet.

France, on behalf of the 26 member states, delivered the statement of the EU that reiterated calls on China to comply with its obligations under national and international law to respect and protect human rights, including the rights of persons belonging to minorities, especially in Tibet, Xinjiang and in Mongolia.

Denmark was “deeply concerned” about reports of human rights violations in Tibet.

The delegate called on China for granting meaningful access for the High Commissioner and other independent observers.

Echoing similar concerns, the German delegate said it is “gravely concerned” about the systematic human rights violations in Tibet.

The Netherlands raised issue with the violations of human rights by China, including restrictions on press freedom and freedom of religion or belief in Tibet.

Switzerland condemned China’s continued arbitrary detention of minorities and called on China to respect the rights of Tibetan people.

The delegates from the UK, Finland and Norway have also expressed worries over systematic violations of human rights by China.