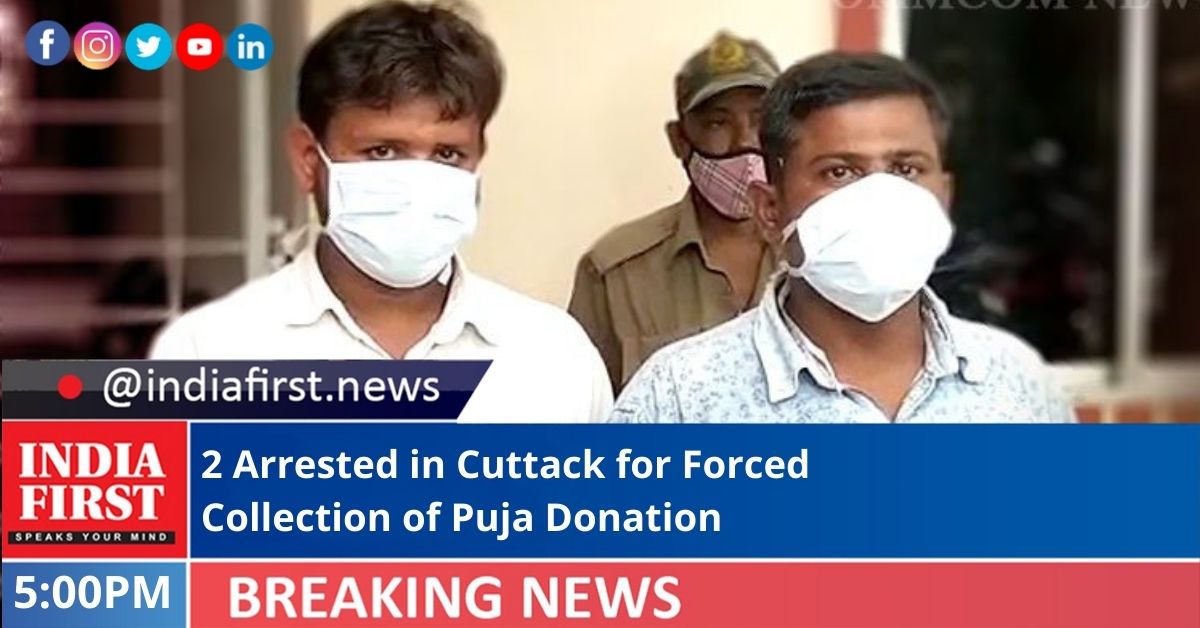 Two persons have been arrested for forcibly collecting money in the name of Durga Puja from a businessman in Cuttack town of Odisha, police said today.

“We have arrested Sarat Kumar Behera and Rakesh Kumar Behera, two members of the College Square Puja Committee of Cuttack yesterday, for forcefully asking for Rs 13,000 donation from a businessman for the Durga Puja,” said Cuttack Zone-I ACP Amarendra Panda.

Panda said both the accused were allegedly forcing the businessman, Ratan Kumar Agrawal, of College Square of Cuttack city, to pay the donation for the upcoming Durga Puja.

Based on the complaint lodged by the businessman, the two accused were arrested and have been forwarded to court, the police official said.

The urban police have kept a tight vigil to ensure that no one can extort money from anyone in the name of Puja, added ACP Panda.