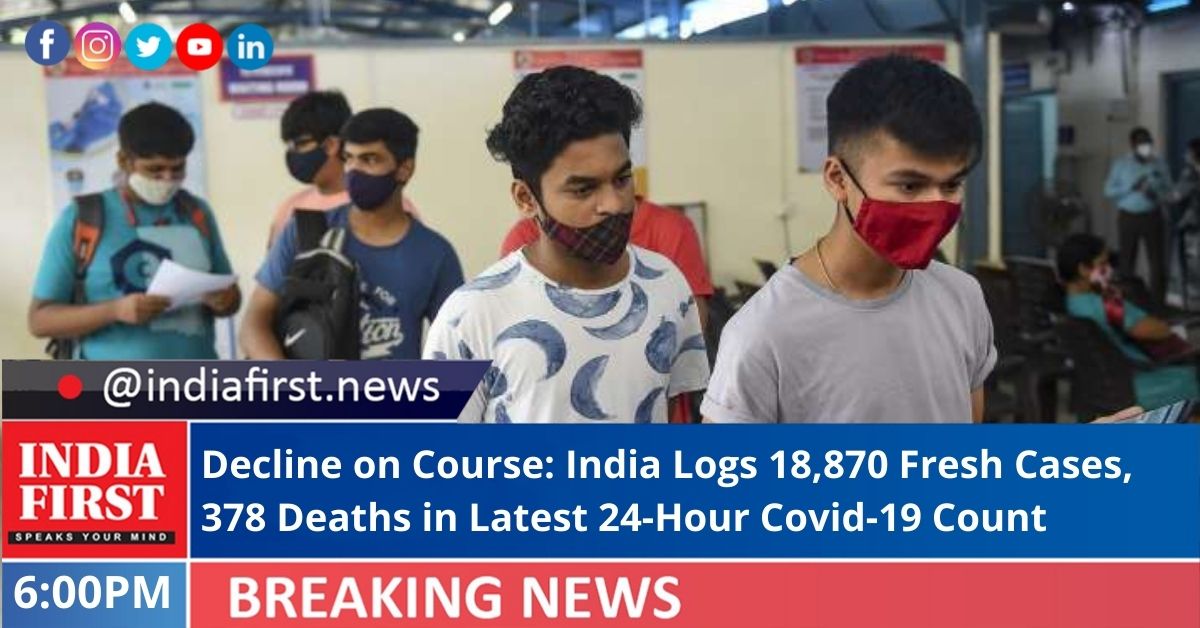 With 378 deaths reported in the last 24 hours, India’s cumulative Covid-related fatalities has risen to 4,47,751, till today morning. The fatality rate remained at 1.33 per cent for the last few weeks.

The decline in daily Covid cases was witnessed as Kerala, which has been reporting almost half of the total cases for the last few weeks, has improved marginally. According to the Union health Ministry’s report, 11,196 new cases were registered in Kerala yesterday against 11,699 reported on September 27.

Maharashtra, which has the second highest daily Covid cases after Kerala, had registered 2,844 cases on Tuesday.

The country’s active caseload further dropped to 2,82,520, according to the Union Health Ministry’s data.

Only five states – Kerala, Maharashtra, Tamil Nadu, Andhra Pradesh, and Mizoram – are currently reporting more than 1,000 cases every day. In three states – Bihar, Rajasthan and Jharkhand, and union territories – Andaman and Nicobar Islands, Dadra and Nagar Haveli and Daman and Diu, and also Chandigarh – the active case count has fallen below 100.