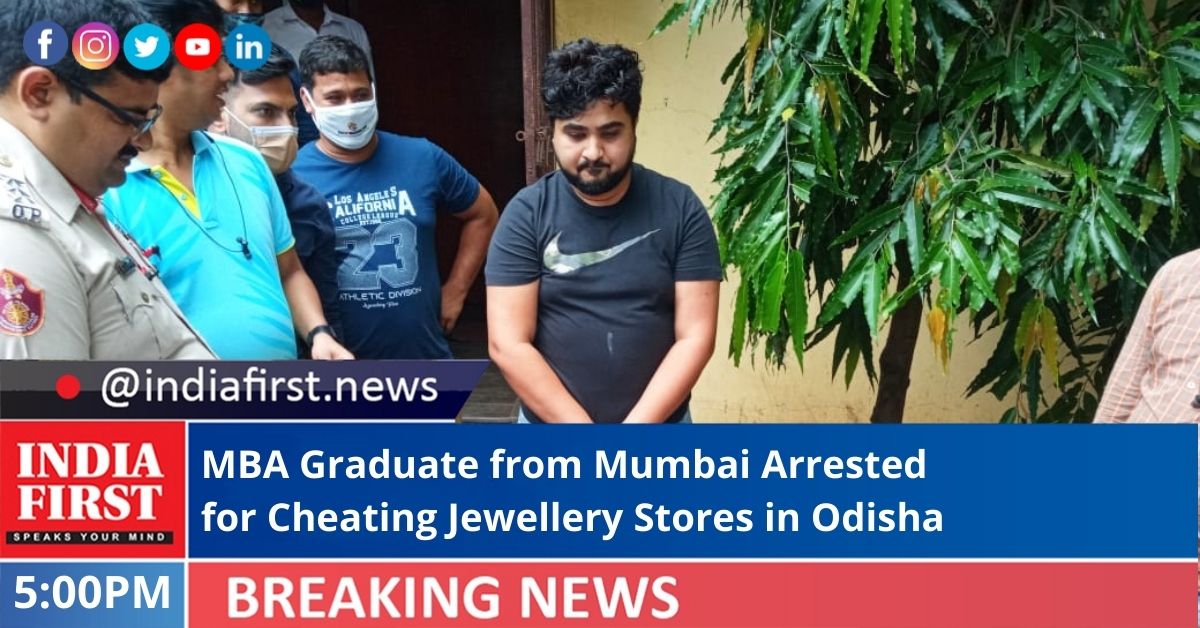 The Odisha police have arrested a MBA graduate from Kolkata for allegedly looting jewellery stores in Bhubaneswar and Puri by producing bogus payment transactions, the police said yesterday.

The accused has been identified as Rajiv Prabhas Gupta (37), a native of Mumbai.

Gupta used to travel to different cities in flights and stayed at different hotels in Mumbai and other parts of the country. Whether he cheated the hoteliers is under investigation, the police said.

Bhubaneswar DCP Umashankar Dash said that the MBA graduate was arrested on the basis of a complaint filed by a jewellery store owner in Bhubaneswar.

He had visited the store in Bhubaneswar on September 15 and cheated the shop owner by showing a fake screenshot of an online payment made through the UPI digital payment gateway for gold and silver ornaments worth over Rs 1 lakh, Dash said.

The police found that the fraudster used to visit different jewellery shops and purchased gold, silver and other jewelleries worth Rs 1 lakh in every case.

After purchasing the jewelleries, the fraudster would ask for making UPI payment and initially transferred Rs 10 to win the owner’s trust. Then he would claim to have made the necessary digital payment for the purchase and show a bogus screenshot on his mobile phone, the DCP said.

Odisha police are in touch with the police in Delhi, Imphal and Mumbai to know whether he is involved in any other cases.