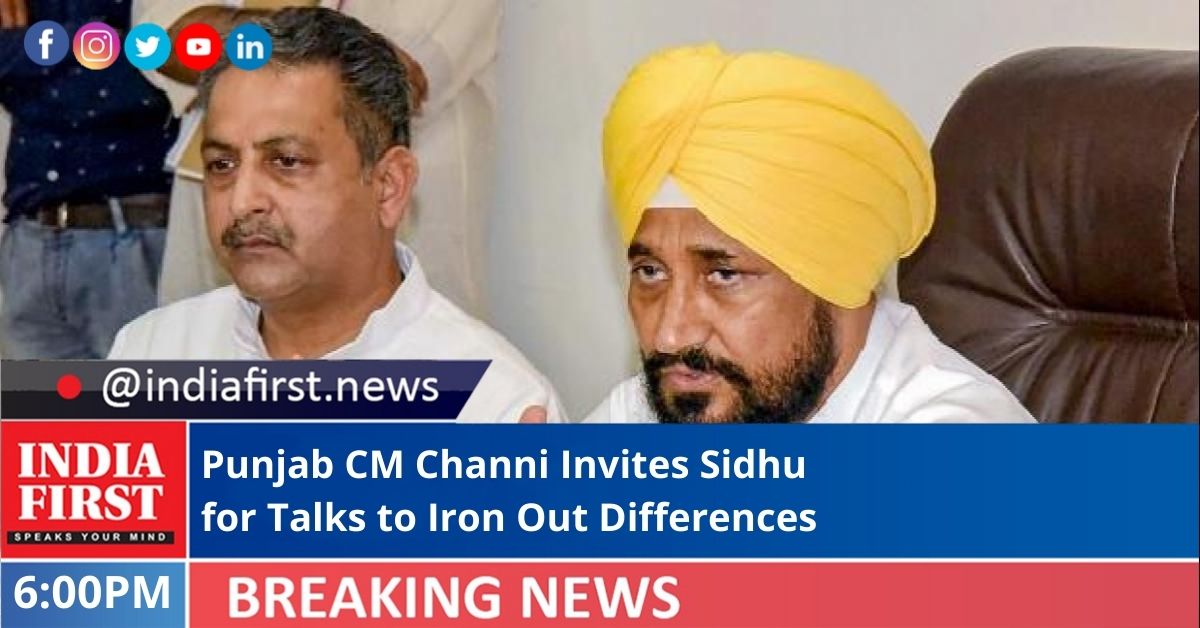 Punjab Chief Minister Charanjit Singh Channi today said he has spoken to Navjot Singh Sidhu and invited him to have a chat and sort out differences, if any.

His reaction comes a day after Sidhu resigned as the state Congress president, saying he will fight for truth till his last breath as the fight is for principles that he won’t compromise with.

“Whoever is party president is head of the family. I had called him and told him that the party is supreme. I have spoken to him on phone and told him to let’s sit, talk it out and resolve the issue,” Channi told the media here.

He said that as sought by the party high command, the government is appointing a dedicated team of public prosecutors and lawyers to handle sensitive cases like the desecration of a religious text and the subsequent police firing.

“I will fight for truth until my last breath,” Sidhu said in a video message posted on his Twitter handle on Wednesday.

“It is not a personal battle but a fight for principles. I won’t compromise on principles,” Sidhu said categorically.

Without mincing words, he said he would not accept tainted ministers being brought back into the newly constituted state cabinet led by Charanjit Singh Channi, a first-timer Scheduled Caste Chief Minister in the state.

In the video message in Punjabi, the cricketer-turned-politician, who said his only religion is to make people’s lives better, said he had fought for justice and for Punjab’s agenda.

“What I witness is a compromise with issues, agenda in Punjab. I can’t disguise high command nor can I let them be disguised,” he said.

“I don’t have any personal rivalry with anyone; 17 years of my political career has been for a purpose, to make difference, to take a stand and to make people’s lives better. This is my only religion,” he said, adding, he will continue fighting for truth till his last breath.

Unhappy over the first expansion, allocation of portfolios and appointments on crucial posts, including the Advocate General, Sidhu yesterday resigned from his post after remaining at the helm for 71 days.