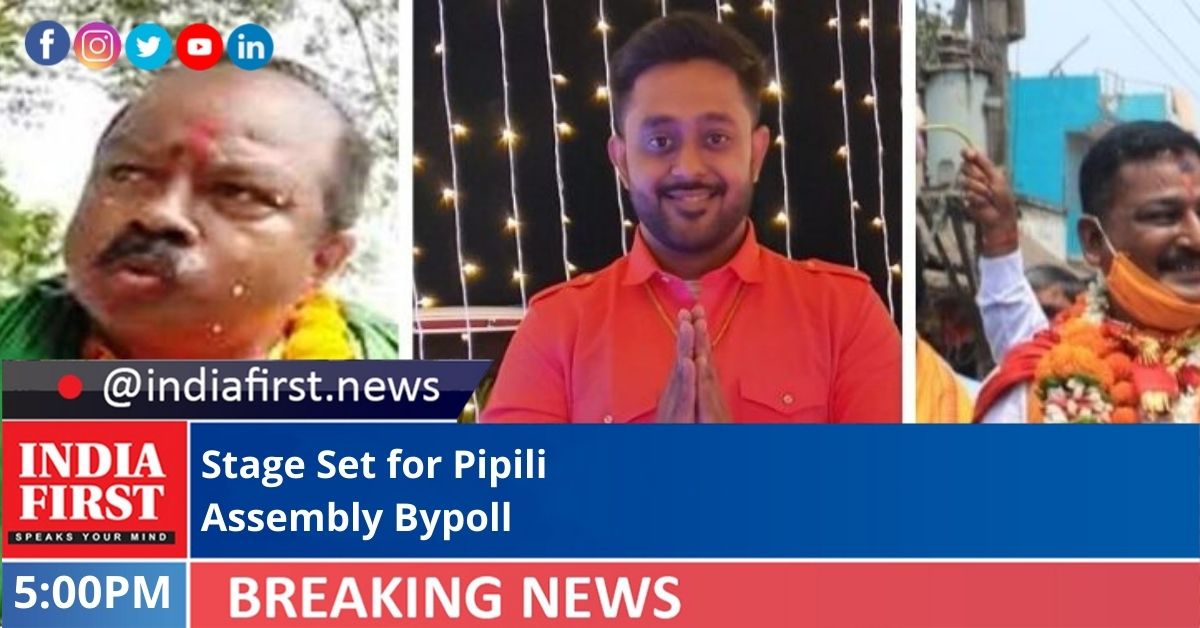 The Election Commission has made all necessary arrangements for the bypoll to Pipili Assembly constituency in Puri district of Odisha scheduled for September 30, officials said today.

Over 2.29 lakh voters will exercise their franchise at 348 booths in the constituency between 7 a.m. to 6 p.m. with strict adherence to Covid-19 guidelines.

“All polling parties with required voting machines and other documents have been reached to their polling stations and the booths have been sanitized today and will also be sanitized tomorrow,” said Puri collector Samarth Verma today.

There are 201 sensitive (critical) polling stations in the constituency, where central armed police force, micro-observers, and webcasting are being done, he said.

This time, there are 20 model booths, where various initiatives are being taken to welcome the voters, Verma said.

Nine platoons of BSF and 25 platoons of state armed police force have been put on duty, the collector said.

About 2200 polling personnel will be engaged for the bypoll, including the staff deployed to ensure implementation of Covid-19 appropriate behaviours at the polling booth, officials said.

As per the EC guidelines, all the election agents, counting agents etc. deployed by the candidates have to be fully vaccinated. Thermal scanning of the voters will be done at the entrance of booths and masks and sanitizer will be provided to them, the officials said.

Voter information slips are being distributed to voters in advance which will have the information regarding their polling stations, they said.

The polling day has been declared as a public holiday in the Pipili area. All the government and private servants who are voters have been granted paid holiday.

The by-election to the Pipili assembly constituency was necessitated following the death of sitting MLA Pradeep Maharathy in October last year. Votes will be counted on October 3.