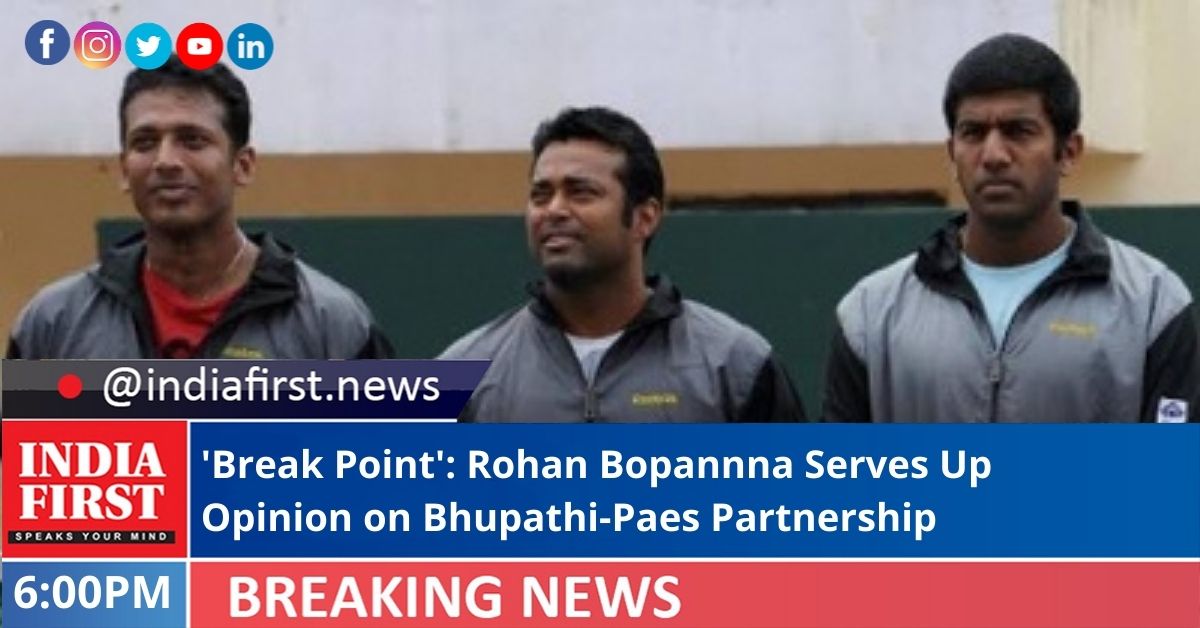 Tennis player Rohan Bopanna will also feature in the web series ‘Break Point’. The series is based on lives of Indian tennis icons Mahesh Bhupathi and Leander Paes and explores their golden partnership and their fallout.

Rohan feels that different generations will remember the iconic duo for different reasons.

Talking about Mahesh Bhupathi and Leander Paes’ successful tennis partnership and legacy, Rohan Bopanna says: “In 1998-1999 when they (Leander & Mahesh) were together, Indian tennis was peaking. The older generation will obviously remember all those magical moments they had together on the court while the younger generation will talk more about them not getting along well and the controversy which happened.”

A telling tale on friendship, partnership, brotherhood, ambition and hard work, the series also encapsulates their meteoric rise and highly publicised split that became a topic of heated speculation.

Directed by Ashwiny Iyer Tiwari and Nitesh Tiwari, the seven-episode series will stream on ZEE5 from October 1.