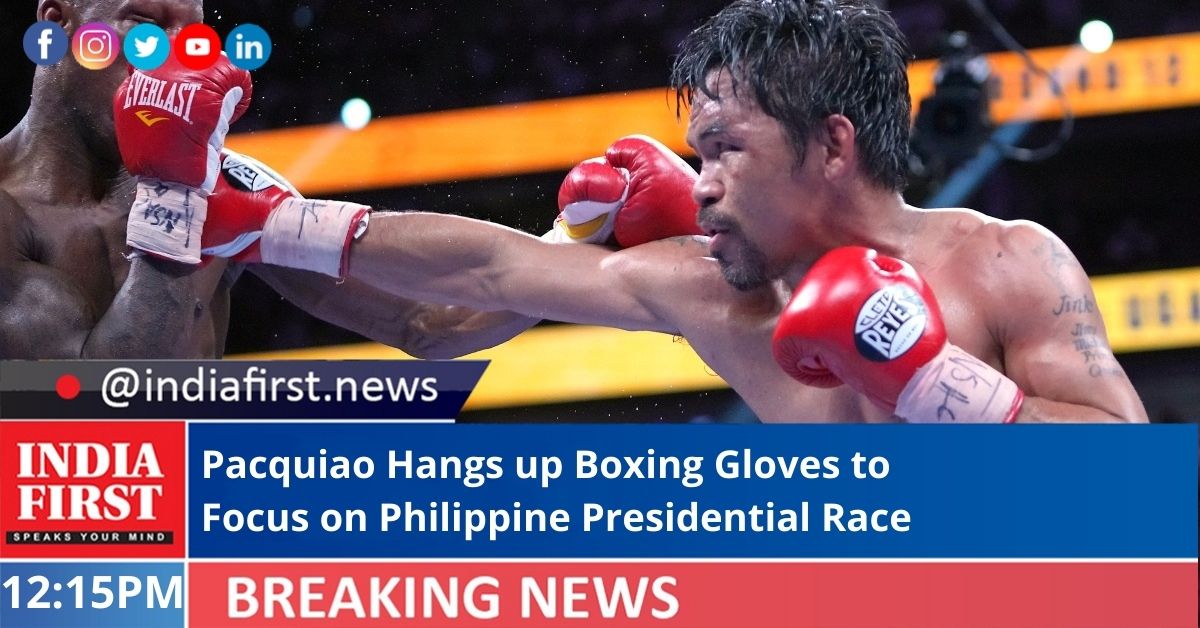 Filipino world boxing icon and Senator Manny Pacquiao said that he is retiring from boxing to focus on next year’s presidential race.

“It is difficult for me to accept that my time as a boxer is over. Today, I am announcing my retirement,” Pacquiao, 42, said in an emotional video posted on his Facebook page.

The announcement came two weeks after he announced that he will run for president in the 2022 election.

“I never thought that this day would come. As I hang up my boxing gloves, I would like to thank the whole world, especially the Filipino people, for supporting Manny Pacquiao. Goodbye, boxing.”

“Who would have thought that Manny Pacquiao will end up with 12 major world titles in eight different weight divisions? Even me, I’m amazed at what I have done,” Pacquiao said.

Pacquiao’s last fight was on August 21 with a Cuban boxer. He lost.

On September 19, Pacquiao said he officially accepted the nomination to be the standard-bearer of the PDP-Laban faction that he co-leads with Senator Aquilino Pimentel.

Pacquiao and Pimentel challenged the other PDP-Laban faction, which took over the party and endorsed Senator Christopher Go and Philippine President Rodrigo Duterte as their presidential and vice-presidential candidates, respectively.

Duterte has accepted the nomination, while Go declined.

Candidates for the 2022 elections will officially file their certificate of candidacy on October 1-8.