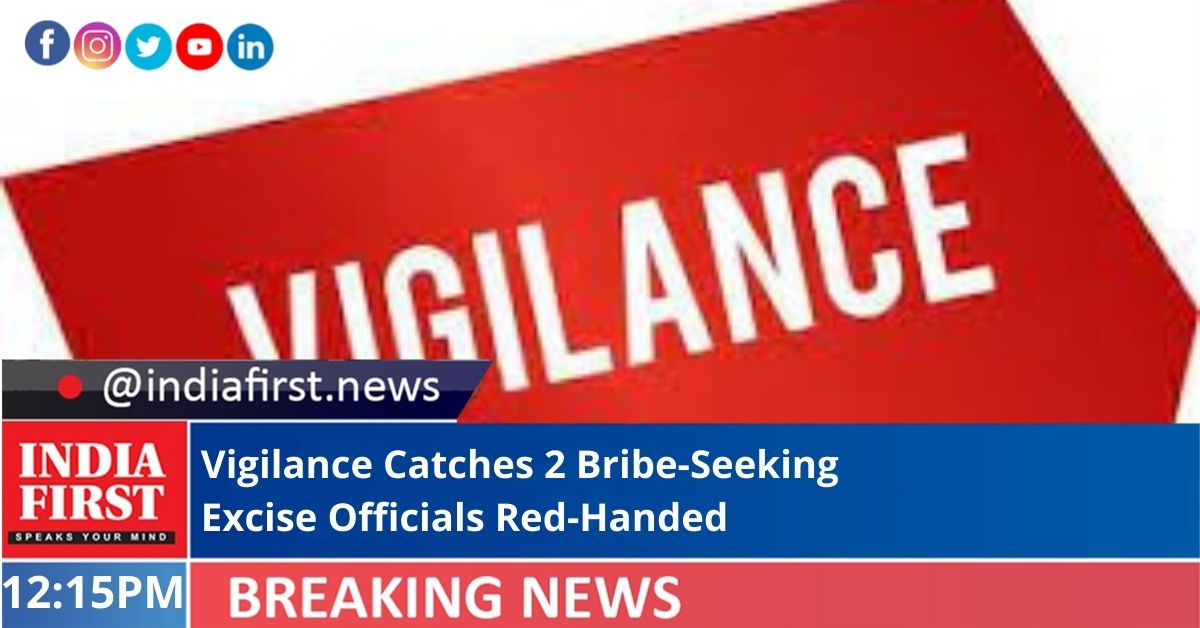 The arrested officials have been identified as Ajit Kumar Mohapatra, in-charge superintendent of excise, Deogarh, and Mathura Mohan Pradhan, ASI of excise, Barkote, the vigilance department said in a statement.

According to the vigilance department, Mohapatra had demanded Rs 3 lakh from the vendor in two instalments through the ASI. Based on the above complaint, the vigilance laid a trap wherein the excise superintendent was caught red-handed.

Simultaneous searches were carried out at Mohapatra’s house in Berhampur, his rented house in Deogarh as well as the residence of Pradhan in Purunapani in Deogarh district, officials said.

A case has been registered under the relevant sections of the law.