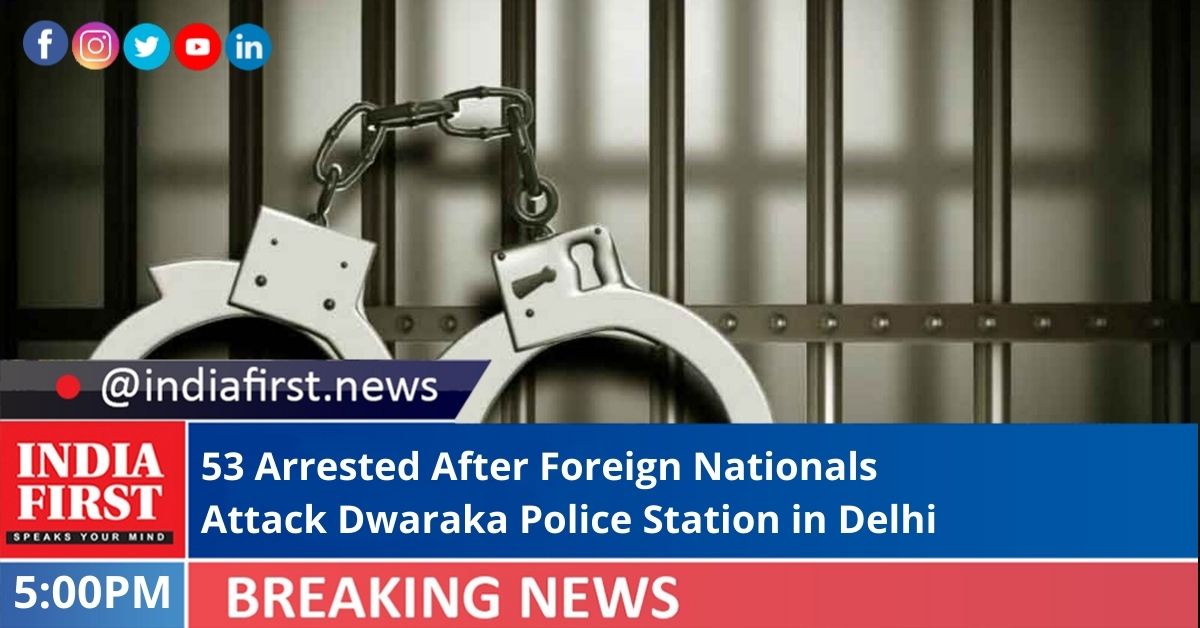 According to the sources, an irate mob of foreign nationals, possibly from Nigeria, attacked the Mohan Garden Police station in Dwarka district on September 27.

The incident happened when a Nigerian national was brought dead to a local hospital. The Nigerians who had brought the body accused the hospital staff of negligence.

The hospital however, denied the allegations and said the Nigerian national was brought dead.

Angered over their fellow national’s death, the Nigerians then objected to the routine police procedure of medical examination and had a verbal spat with the officers present there.

“Soon after this, around 50-100 foreign nationals gathered outside Mohan Garden Police Station and started vandalising it,” a source said.

During the course, three policemen, including an ASI, were injured.

Eight Nigerians were arrested there at the time of the incident while the rest of them managed to flee.

After this, the police launched a manhunt for all the accused and has so far arrested 53.

Sources said that the Nigerians had come with rods and sticks to attack the police.

All the accused rioters were produced before a court which sent them to police custody.

“A further probe is on,” the source added.

Pertinently, some African nationals living in and around the national capital are involved in the illicit drug trade and are being regularly caught by the police.

“We are keeping a close eye on all the suspected people who are involved in such activities,” an official source said.