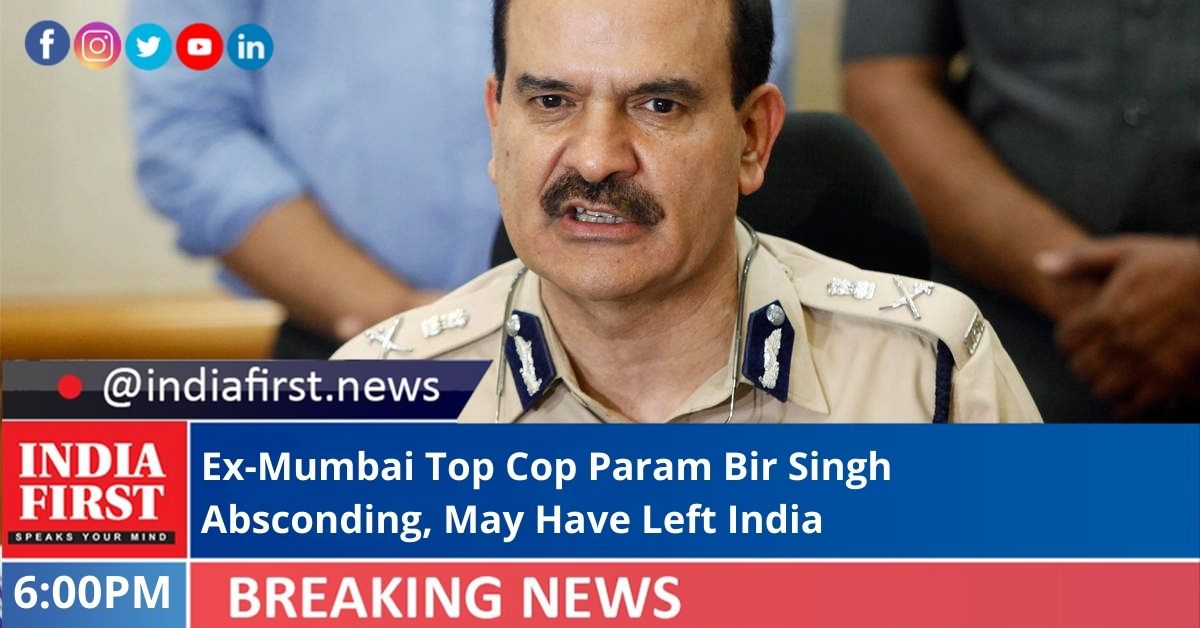 Five days before he is summoned to appear before the government-appointed Justice (retired) K.U. Chandiwal Commission of enquiry, the political circles in Maharashtra are agog with speculation that the former Mumbai Police Commissioner Param Bir Singh, now Commandant-General of Home Guards, may have fled the country.

Maharashtra Home Minister Dilip Walse-Patil has said that neither the state nor the Central government’s investigating agencies have any inkling of Singh’s whereabouts and are searching for him.

“A lookout circular (LOC) has been issued against him along with the Ministry of Home Affairs (New Delhi), we are also looking out for him,” Walse-Patil said.

Admitting that while he has also heard the IPS officer could have left the country, pointed out that as a government officer, Singh cannot travel abroad without official sanction.

After Singh failed to repeatedly honour its summons, the Justice Chandiwal Commission slapped him with fines thrice, and issued a bailable warrant against him twice with the State CID failing to locate him at his known addresses in Mumbai, Chandigarh and Rohtak.

If the untraceable Singh fails to appear before the Commission’s next hearing on October 6, he faces the prospects of a non-bailable warrant.

“If Singh has fled India, then there has to be a definite role of BJP in giving a safe passage to him. Quite clear that saving Singh supports the agenda of BJP,” state Congress spokesperson Sachin Sawant said here.

He pointed out how the National Investigating Agency (NIA) had probed the Antilia terror threat case first and its chargesheet clearly mentions that dismissed cop Sachin Vaze was reporting to Singh, who paid Rs 5 lakhs to a cyber expert to create an alibi.

Soon afterwards, the Bombay High Court ordered a preliminary enquiry by the Central Bureau of Investigation leading to Deshmukh’s resignation, while Singh proceeded on leave in May.

In June, the MVA hit back by registering cases of alleged extortion, cheating, forgery, and set up a one-man enquiry commission to probe the charges against Singh.