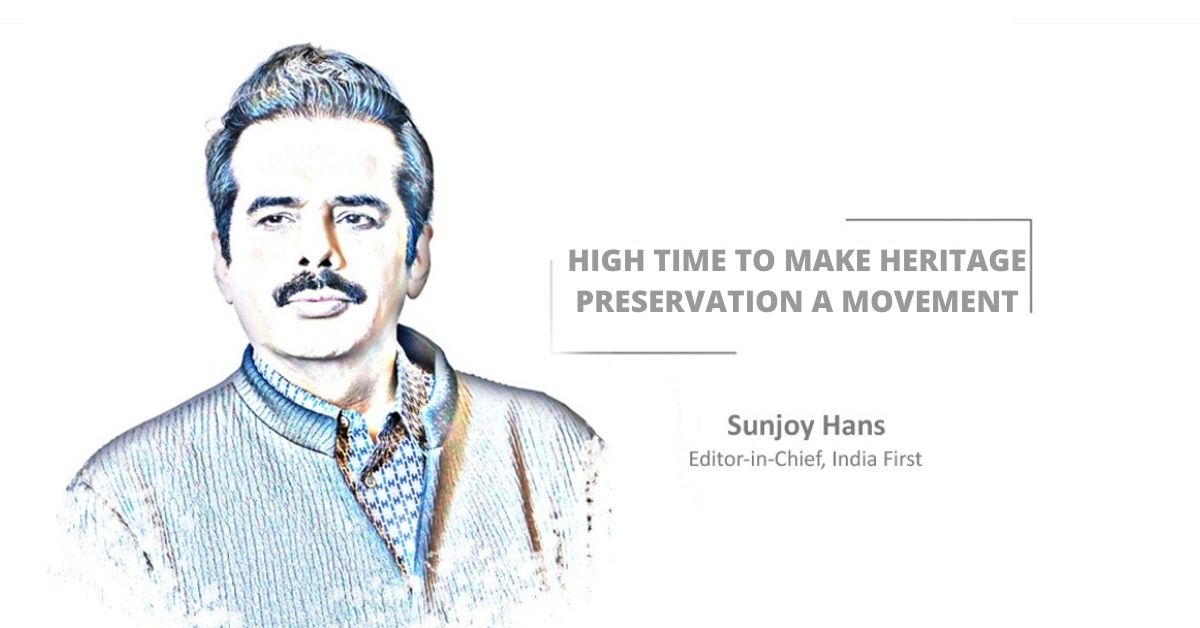 No race, it is said, can aspire to make progress in the true sense of the term without understanding its own history and taking steps to preserve its heritage. It is equally true for Odias who are extremely proud of their rich cultural heritage, be it in the field of art or architecture, but have done precious little to keep this legacy secure.

Things are, however, beginning to change for the better on this front, with some prominent educational institutions taking the lead. The School of History of Gangadhar Meher University in Sambalpur has reportedly pledged to adopt the iconic Raja Bakhri (King’s Palace) for promotion and preservation of the monument as part of its Heritage Awareness Programme, under which visits of students to lesser-known heritage sites in the region are organized for research and efforts made to highlight their historical significance.

The first such visit, according to media reports, was organized to Raja Bakhri, with 40 students of the university’s History department being part of the trip. Sambalpur is dotted with heritage buildings, but most of them are lying neglected. People living in the area are not even aware of their historical importance and have hardly done anything for their conservation. As a result, most of these sites now lie in a ruinous state.

Like Sambalpur, a large number of historical monuments – including beautifully crafted ancient temples – are crying for attention and preservation in different parts of the state. Only the major heritage sites are protected by institutions such as the Archaeological Survey of India (ASI) and state archaeology departments, while hundreds of smaller – and equally important buildings, including temples, cemeteries and even mosques – remain neglected.

The unfortunate part is that, in some areas, people with no understanding or appreciation of history have converted these sites into temporary dwellings. There are also instances of antisocial elements occupying some of these deserted buildings.

This is a sad state of affairs. The fact is that, given its limited resources, the state cannot be expected to preserve all these sites at its own expense. That will put an extraordinary burden on the exchequer, which can have repercussions for the economy. The truth is that the success of any heritage conservation initiative depends on the understanding and participation of the local community. The locals must actively involve themselves in keeping these places clean and safe.

In the past, such initiatives have been organized to save old temples in some parts of the state. With the local people taking upon themselves the responsibility of not only keeping the premises of these shrines clean but also conserving their old and crumbling edifices, things improved significantly. But people’s involvement in these cases was seen mainly because of their religious sentiments. The day they develop the same kind of respect and attachment for other kinds of historic structures, heritage conservation will truly become a people’s movement in the state. That will truly be a day of pride for all of us.