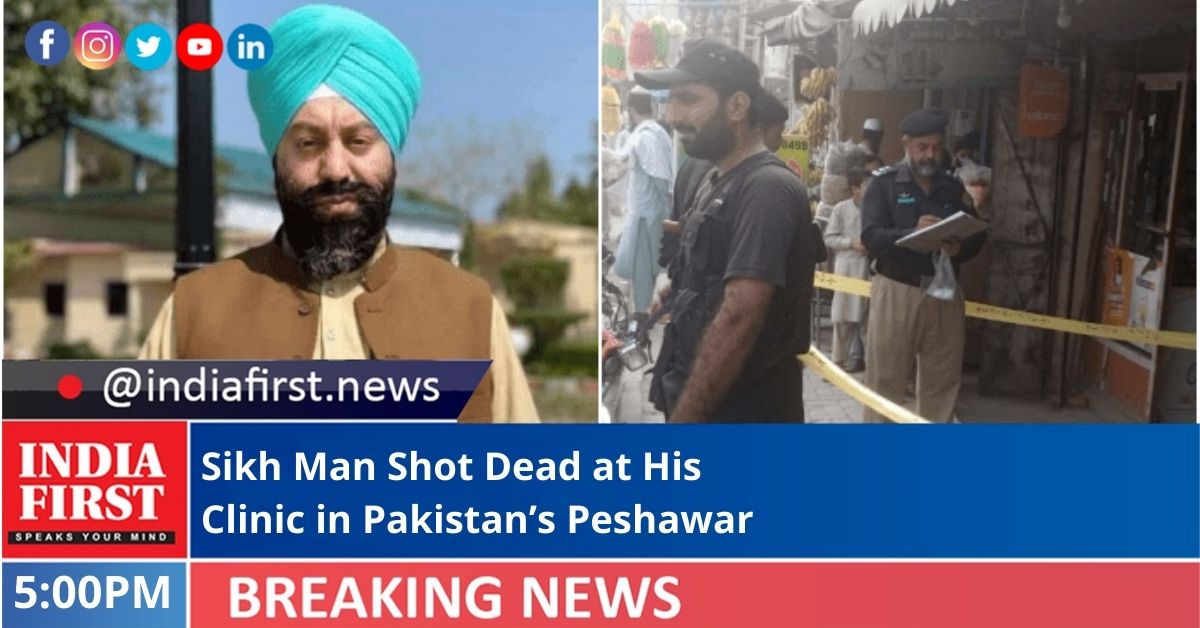 The police identified the victim as hakeem Satnam Singh who was attacked at his clinic yesterday in the limits of Faqirabad police station.

A police official said that unknown assailants, whose number could not be ascertained, opened fire on the victim and managed to escape from the scene, the Dawn news report said.

A brother of the victim told the police the attack took place after Singh had left for clinic from his home in Mohallah Jogan Shah, adding that the victim had no enmity with anyone.

Faqirabad SHO Ejaz Nabi said that they were investigating the incident.

He said it was not clear at this moment whether this was a case of targeted killing or had some other motive.

Khyber Pakhtunkhwa Chief Minister Mahmood Khan has strongly condemned the murder and directed the city police to immediately trace and arrest those involved.