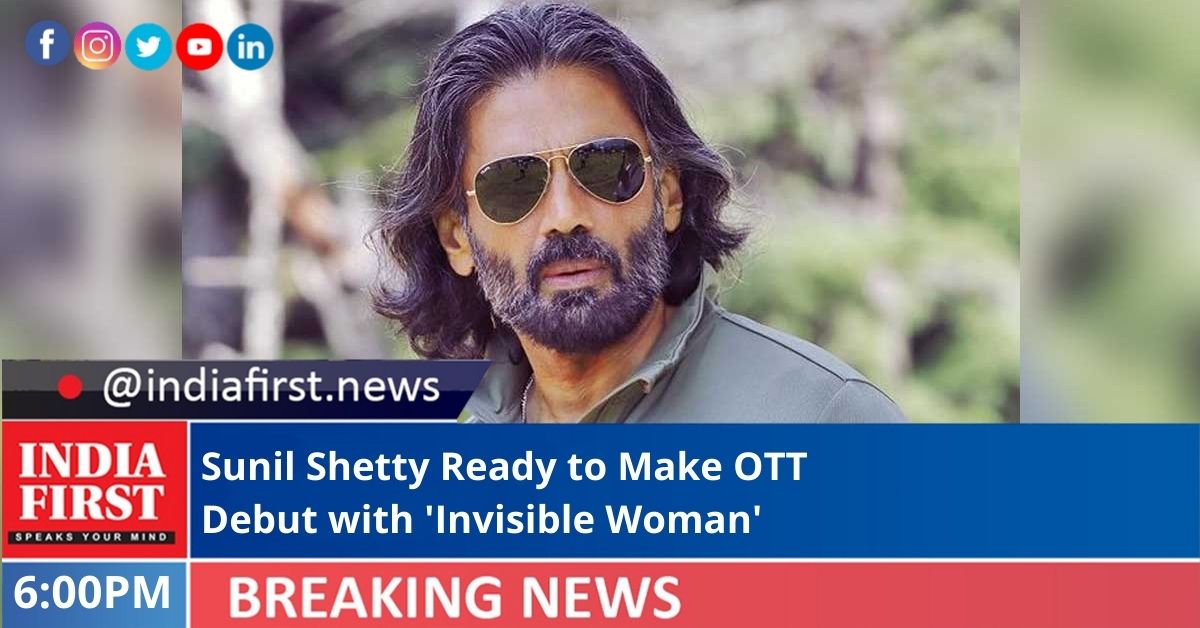 Sunil Shetty is all set for his OTT debut with the web series ‘Invisible Woman’.

Talking about his digital debut, Shetty said, “A web series today must have something to set it apart from the barrage of narratives that already exist, and the story of ‘Invisible Woman’ immediately captured my attention.”

‘Invisible Woman’ is currently going on floors and will be the first of many series that Yoodlee Films will announce in the coming months.

Shetty added, “I am very happy to collaborate with Yoodlee to bring ‘Invisible Woman’ to life and to make my debut in a web series as unique as this.”

The production house has experience in the OTT space with 17 feature films and has produced movies like ‘Ajji’, ‘Hamid’, ‘Comedy Couple’ and ‘Axone’, to name a few.

“Yoodlee Films has revelled in creating engaging narratives that don’t toe the conventional line. Now we take the leap into the world of web series – a space that we have been itching to get into, given how consumption patterns of consumers have seen a tectonic shift to binge-watching web-series from all over.

“We were waiting for the right project to come our way and ‘Invisible Woman’, headlined by the indefatigable Suniel Shetty, in an edgy action thriller, which is just the right one to augur this transition,” said Vikram Mehra, MD, Saregama India, the musical segment of Yoodlee Films.