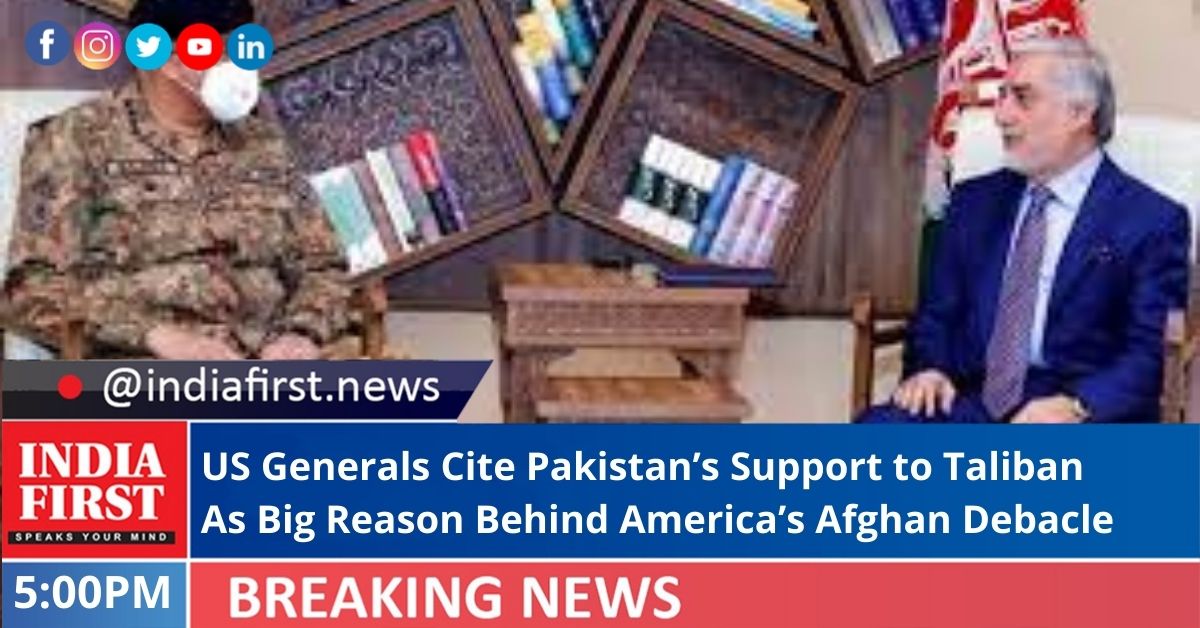 General Mark Milley, Chairman of the US Joint Chiefs of Staff, described the Taliban’s alleged ability to escape to Pakistan during the 20 years of American presence in Afghanistan as a major strategic issue, Dawn news reported.

“Not effectively dealing with Pakistan as a sanctuary, major strategic issue that we are going to have to really unpack,” he told the US Senate committee.

Gen Milley made a similar demand in a Senate hearing on September 28, saying: “We need to fully examine the role of Pakistan sanctuary.”

The US military chief has informed American lawmakers that the loss in Afghanistan was a cumulative effect of 20 years of wrong decisions and bad planning and was not caused by any single factor, such as the Taliban’s alleged sanctuary in Pakistan, the Dawn news report said.

In their latest testimony before the House Armed Services Committee on September 29, top US generals also blamed the administration of former President Donald Trump’s agreement with the Taliban for accelerating the fall of Kabul on August 15.

He also cited some major decisions, by successive US administrations, that he believed contributed to the loss. Those include letting Osama bin Laden escape from Tora Bora.

“We knew where he was. He was a thousand metres away, could have ended perhaps right there,” he said.

Another mistake, according to him, was shifting focus from Afghanistan to Iraq in the early stage of the war.

“Pulling all the troops out of Afghanistan with the exception of a few others, major strategic decision. Pulling off intelligence advisers (and by doing so) we blinded ourselves to our ability to see” how the war was going, he added.