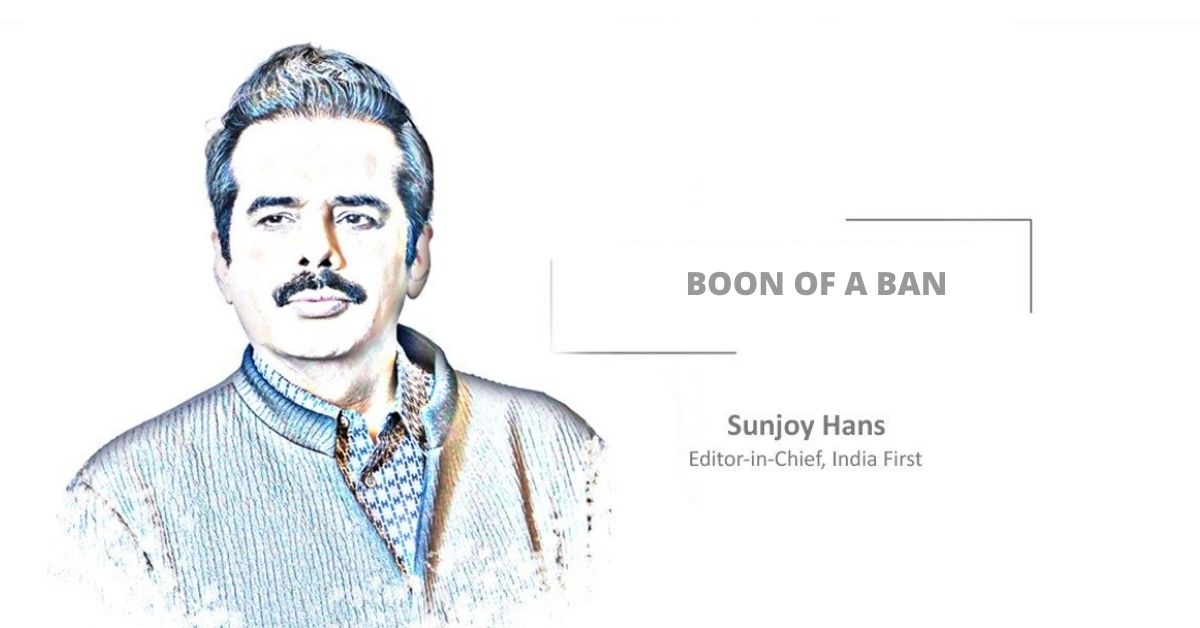 If there is one human being who deserves to be revered, worshipped and celebrated like the gods, it has to be the Mahatma. Because, without his legendary leadership, there is no telling when – and at what cost – would India have achieved Independence. After all, it was he who united the diverse peoples of this land to wage a non-violent freedom struggle that eventually forced the British to give in and get out of the subcontinent. Therefore, it only feels right that Gandhi Jayanti falls during the festive season in India.

However, the biggest news over the past couple of days relating to the festive season this year has been the Naveen Patnaik administration’s prohibition on the sale and use of firecrackers throughout this month. Just as the state government order before the turn of the month stated in so many words, the decision was taken to protect public health and check the spread of the deadly virus.

Never one to take chances or allowing even an iota of complacency in its efforts towards saving people’s lives, the government has extended the night curfew in all urban areas of the state from 10pm to 5am. Its targeted approach to tackling natural calamities and health emergencies will be evident once again in Bhubaneswar and Cuttack during the October 11-20 period (Durga Puja celebrations) where night curfews will be strictly imposed from 8pm to 5am.

Special Relief Commissioner Pradeep Kumar Jena will be leaving no stone unturned to ensure that all the restrictions and instructions pertaining to the celebration of religious festivals and functions are strictly implemented as per the comprehensive guidelines issued by the state government in August.

Collectors, Municipal Commissioners and the Police Commissioner of Bhubaneswar have been given a free hand to impose additional restrictions during this period as when the situation demands, which once again highlights the flexible approach that has helped the state government deal with challenging circumstances – whether it be cyclones or the coronavirus pandemic – effectively and exemplarily.

Many health experts agree that such an approach will go a long way in preventing a much predicted third Covid-19 wave, or at least significantly mitigating its scale and intensity. That will be a huge blessing for this nation’s future, especially considering the widely held apprehensions about children being most vulnerable to the next wave of the pandemic.

The Naveen Patnaik government’s commitment and holistic approach to public health will also be visible soon at major junctions of Odisha’s capital city where traffic personnel will be seen with cutting-edge personal protective gear. Equipped with a face shield, an air filter and a battery-operated fan, among other things, this PPE kit will provide them robust protection against viral infections and air pollution.

Just as the new kit, the Odisha government’s ban on firecrackers will also serve a dual purpose. The amount of pollution that indiscriminate bursting of firecrackers during Diwali causes to the environment is neither desirable nor affordable anymore. If not checked in time, Bhubaneswar will risk suffering the same way that New Delhi has been over the past decade.

No wonder environmentalists are supporting this ban, just like they did last year. And so would the Father of the Nation, who had famously said: “Earth provides enough to satisfy every man’s needs, but not every man’s greed.”