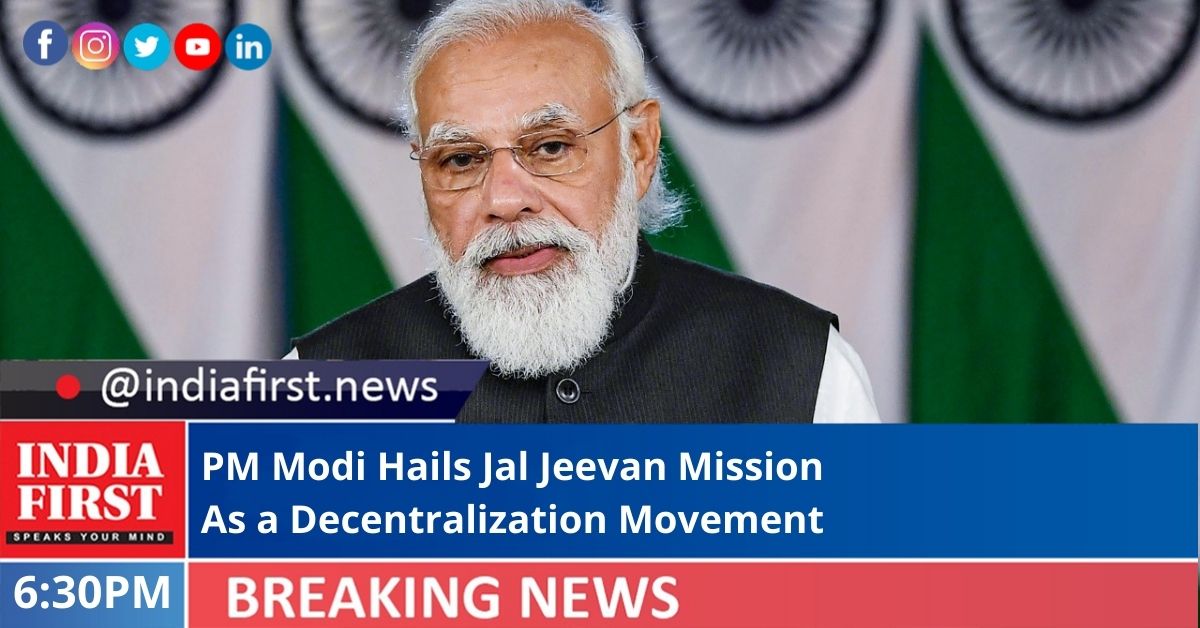 Prime Minister Narendra Modi today said that the Jal Jeevan Mission is not only a mission to provide tap water connection to the households but also a movement of decentralisation which is village-driven and women-centric.

Describing the water as most precious, he also said that it should be used as ‘Prasad’ and we all must try to conserve water so that we need not transport water from tankers or water trains which was a common practice in the past.

“We all need to understand the importance of water and a person who has faced the water crisis, values water in a better way. The situation of the ground water in all over the world is at alarming level, therefore, all village panchayats should endeavour for water conservation and the reuse the water used in households to irrigate land and also to use new agriculture techniques to reduce water uses in irrigation,” PM Modi said.

Referring to his experience of Gujarat which used to face a huge water crisis, he further said that from 2014 onwards, he has been trying to use the experiences gained there.

Modi also said that the government has been making efforts for better management for not only drinking water but also for the irrigation system in the country. He also appealed to the people to conserve water where it has been available in abundance.

The Prime Minister also said that the Jal Shakti Ministry has been working on the cleaning missions of the important rivers including river Ganga whereas under ‘Atal Bhujal Yojana’, work on lifting water level has been continued by adopting water conservation practices.

Noting that the tap water connection in the house has liberated the women in the rural areas, PM Modi said that these women and daughters who used to fetch water, will now have enough time to contribute in a better way and girls can continue their education.

Referring to the new mid day meal scheme PM Poshan Yojna, he also said that over 12 crore of school students will get nutritious meals and the centre will spend over Rs 54,000 crore on this.

Expressing satisfaction that there has been 50 per cent participation of women in these Samitis, he said that the government has initiated many schemes like PM Aawas, Ujjawala Yojna, broadband connection to over 1.5 crore villages which have made the life of women better in rural India.