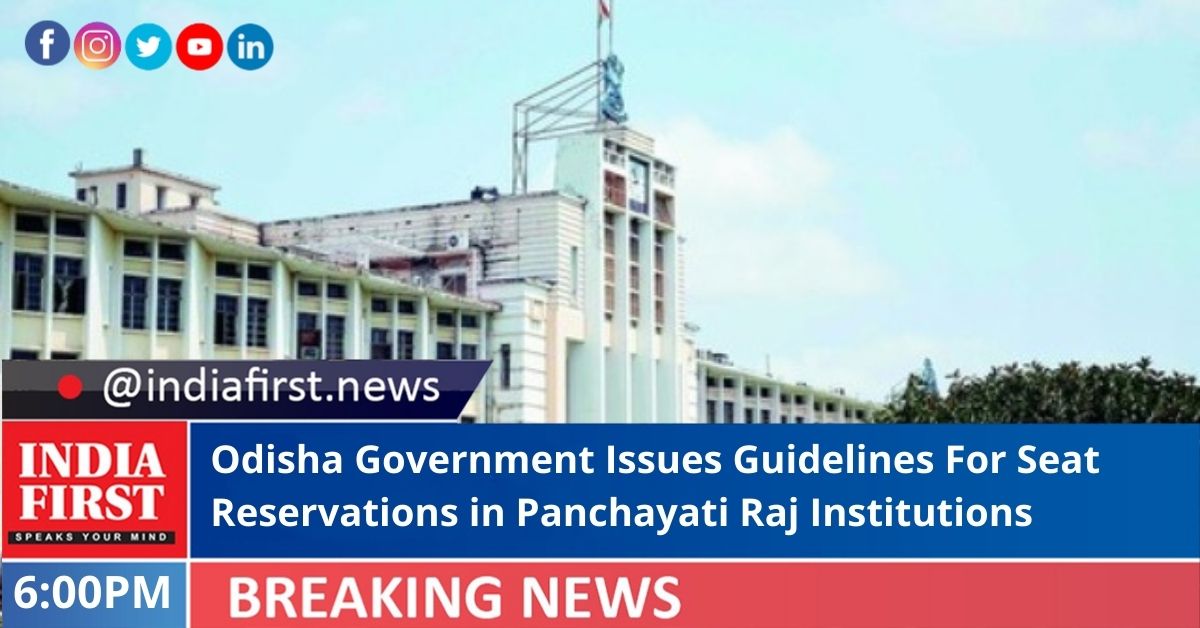 After making necessary amendments to the Panchayat Raj laws, the Odisha government has issued guidelines for reservation of seats in the three-tier Panchayati Raj Institutions (PRIs).

Principal Secretary of Panchayati Raj and drinking water department, A.K. Meena has issued the guidelines and asked all collectors to complete the reservation process by October end. The tenure of elected rural bodies in Odisha will end in February, 2022.

Up to 27 per cent of total seats will be reserved in favour of BCC category and whenever necessary, the quantum of reservation for BCC will be reduced to such extent as required to limit the total reservation of seats in favour of SC, ST and BCC taken together within 50 per cent, without affecting the reservation provided to SC & ST.

Reservation of seats in the scheduled areas will be in proportion to the population of the communities in the concerned Panchayat. Provided that the reservation for the Scheduled Tribe will not be less than 50 per cent the total numbers of STs.

The population percentage of SC and ST people in the respective GP/Block/District will be taken as per the 2011 Census.

While starting the process of reservation, first preference will be given to SC, then ST, BCC on third and women on last.