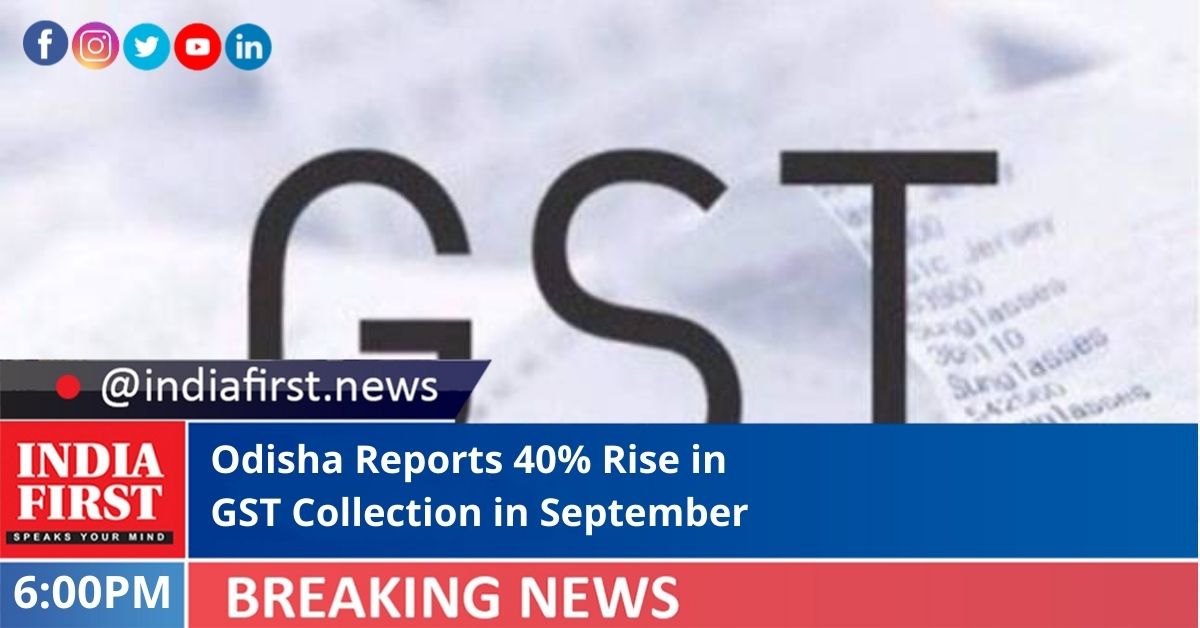 Odisha has recorded 40 per cent increase in GST collection during the month of September 2021 compared to the same month of the last year.

The State has collected Rs 3,325.94 crore in last month as against Rs 2,383.99 crore collected in September last year. This is the highest growth rate of GST amongst all the major states in the country, the office of Odisha commercial tax and GST commissioner said in a statement.

Similarly, the collection of Odisha GST (OGST) has recorded a growth of 48 per cent. The OGST collection during the month of September was Rs 929.68 crore against a collection of Rs 631.08 crore during September 2020.

The progressive collection of OGST up to September of FY 2021-22 was Rs 5,766.43 crore while the state had collected Rs 3,671.45 crore during the same period last financial year. The progressive OGST collection has recorded a growth of 57.06 per cent till September.

This growth during August is a result of better compliance by dealers having turnover of more than Rs 5 crore as well as follow up action of non-filer assessment and return scrutiny in case of wrong return filers, said an official.

Due to better performance of manufacturing as well as mining sector and collection from matured GST demand made by tax officers after return scrutiny. In addition to economic activity, anti-evasion activities, especially action against fake billers is also contributing towards enhanced GST collection, he added.