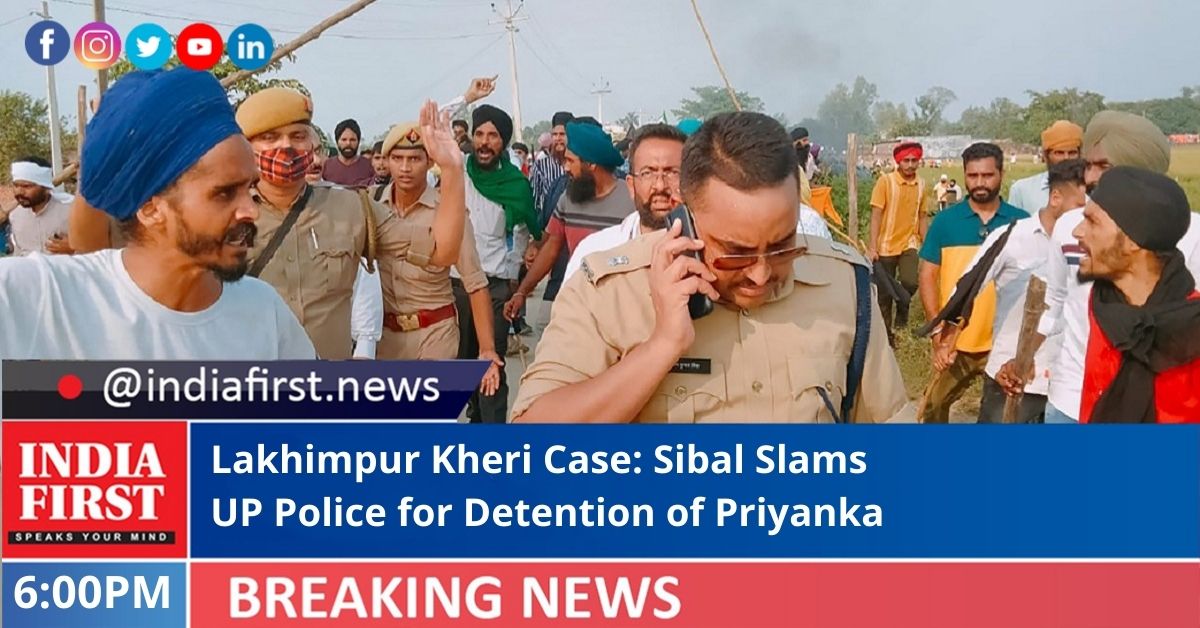 Kapil Sibal today came out in support of Priyanka Gandhi Vadra after she was stopped and detained by the Uttar Pradesh Police from going to Lakhimpur Kheri.

Sibal tweeted, “Priyanka Gandhi Her detention is illegal. In a State where lawlessness is the norm; where the perception is that in such situations violation of personal liberty is guaranteed.

“Instead of prosecuting those responsible, you detain those who seek justice.”

He had earlier said, “Lakhimpur Kheri incident Convoy of Union Minister riding over farmers as if their lives don’t matter! The minister be sacked; the role of all concerned including the state government be assessed An independent enquiry be conducted by a sitting Judge.”

The statement comes after Kapil Sibal questioned the Congress leadership last week and alleged that the party decisions ‘are being taken without consultation’ and demanded elections in the party.

Meanwhile, Priyanka said she has not been told why she has been detained and not allowed to meet lawyers.

She was detained from Hargaon in Sitapur district while she was on her way to Lakhimpur Kheri where violence had reportedly claimed nine lives yesterday.

A video of Priyanka sweeping a room with a broom has gone viral on social media. According to sources, the video is of the room where Priyanka has been detained since today morning at the Sitapur PAC headquarters.

The room was apparently dirty and Priyanka asked for a broom and cleaned it herself.

The Congress workers slammed the police officials for not even giving a clean room to their leader.

“Is this their Swachh Bharat? This is our leader who is cleaning the broom without any fuss,” said a local Congress leader.