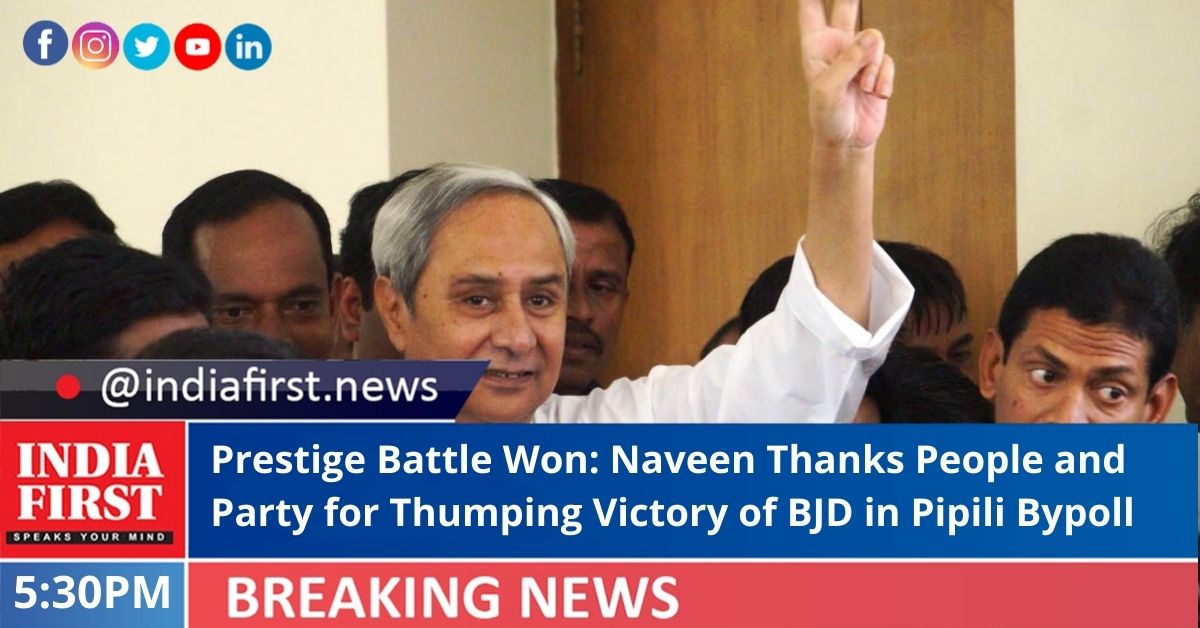 A total of 1,80,930 votes including 893 postal ballots were counted while 136 votes were rejected due to various reasons, he said.

As many as 10 candidates were in fray for the seat lying vacant after the death of sitting BJD lawmaker Pradeep Maharathy in October last year.

Chief Minister and BJD President Naveen Patnaik thanked the people of Pipili area for their support to his party. He also congratulated his party workers and leaders for the victory.

In the 147-seat house, the BJD now has 114 members, the BJP 22, Congress nine, while there is one CPI-M and Independent lawmaker.