Family Tragedy: 2 Dead, 1 Missing After Being Swept Away While Bathing in Mahanadi | India First e Newspaper Skip to navigation Skip to content 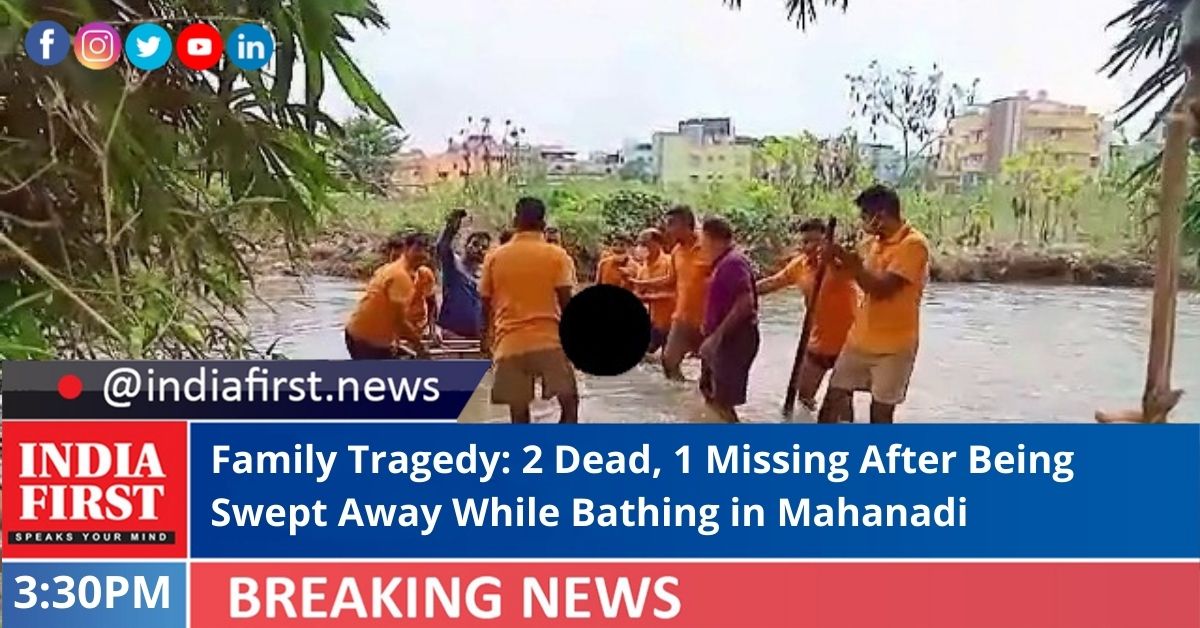 In a tragic incident, a man along with his son and daughter were swept away in the Mahanadi river while bathing yesterday afternoon in Odisha’s Sambalpur.

According to locals, Md Altaf and his son Md Aftab and daughter Ruksana went to Daleipada ghat in Sambalpur to take bath in the river. There, they were swept away due to strong current in the river.

After receiving information, the fire service team reached the spot and launched a rescue operation with the help of locals. Altaf (40) and his 15-year-old son were rescued unconscious from the river with the help of a country-boat and rushed to a hospital, where doctors declared them dead.