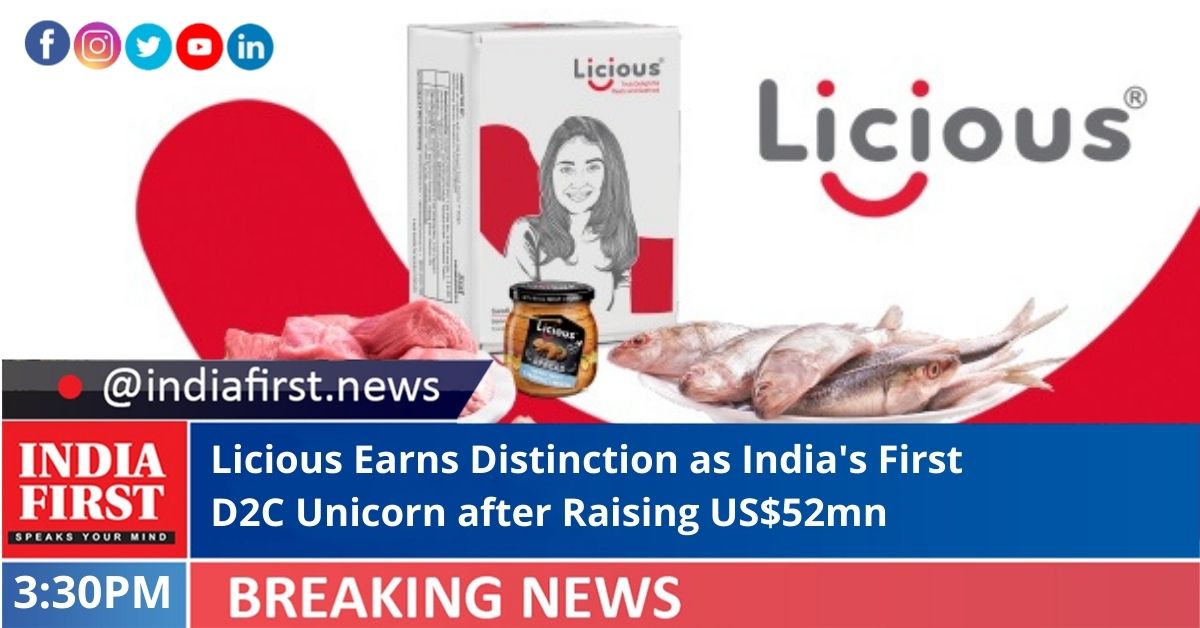 Direct-to-consumer (D2C) platform Licious has announced that it has raised US$52 million to become India’s first D2C unicorn.

“The fresh meats and seafood sector is still largely underserved and unorganised that holds a vast opportunity of $40 billion. As the category leader, we aim at paving the way for a second wave of young start-ups that can join hands in fully harnessing the potential that the industry has to offer,” said Vivek Gupta and Abhay Hanjura, co-founders, Licious.

The D2C market in India is at an inflection point and is expected to attain a size of $100 billion by 2025. The pandemic has played a major role in accelerating growth for the sector.

Licious said that it will work towards building a sustainable, responsible business that will reimagine the animal protein category in India through an optimal mix of global influence and products curated for the Indian palate.

“Today, Licious is among the fastest growing D2C brands and is one of the few consumer businesses in India with very strong revenue retention metrics,” said Chetan Naik of IIFL AMC.

Earlier this year, Licious allocated ESOPs to over 1,000 employees including the blue-collared workforce. This was followed by a buyback worth Rs 30 crore in August.

The company said it has experienced a growth of over 500 per cent during the last year, successfully delivering to more than 2 million unique customers till date.

In July this year, Licious raised $192 million in their Series F funding Round, led by Temasek & Multiples.