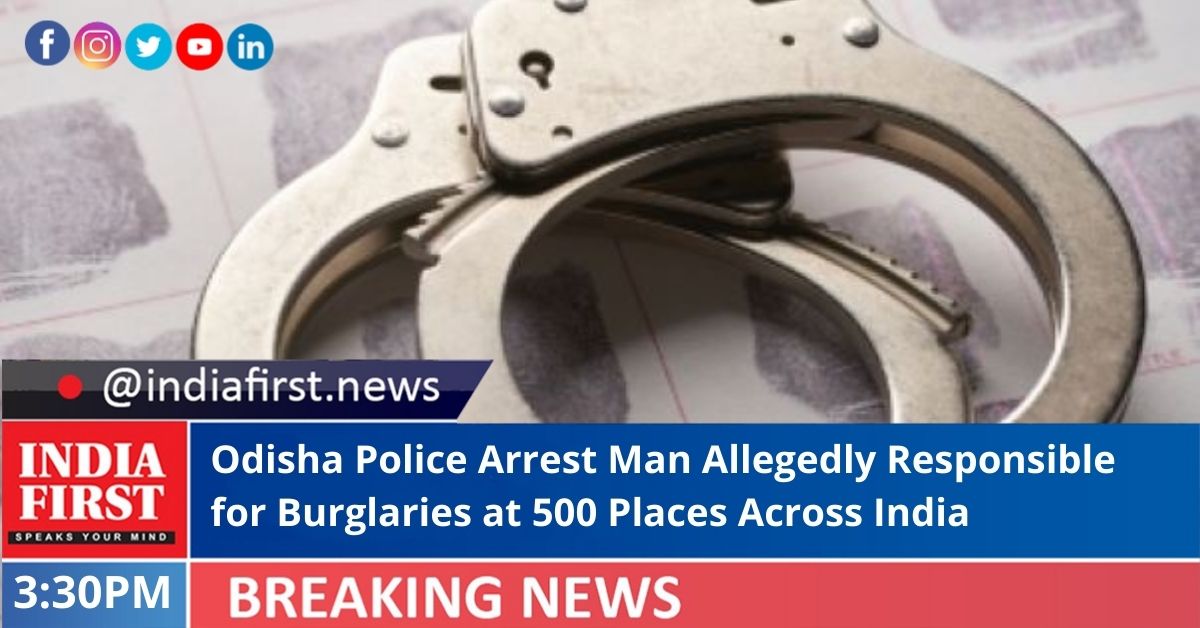 The Odisha police has arrested a person named Hemanta Dash (59), who reportedly committed burglaries at 500 places across India, a police officer said in Bhubaneswar.

The special squad of Commissionorate of Police arrested Dash from Cuttack where he had gone to commit a crime, said Umashankar Dash, DCP, Bhubaneswar, yesterday.

According to the DCP, Dash has admitted to have committed burglaries at around 500 places all over India. He confessed to have looted over Rs 5 crore in all the cases, an amount he spent on alcohol and brothels.

Dash travelled to Gangtok, Kolkata, Bihar, Mumbai, Chennai, Shimla, Nainital and Jammu and Kashmir, among other places, on plane and stayed at expensive hotels.

On record, Dash is involved in 82 cases of burglary in the state. He was presently wanted in three cases, one each at Badagada, Bhubaneswar and Chandrasekharpur. Two court warrants were also issued against Dash.

Dash got involved in criminal activities at the age of 24 along with his associates who are mostly dead now.

According to Dash, said during his college days in 1986, he met a burglar in police custody. Since then, he took this route and looted mostly cash in cities like Mumbai and Chennai.

The police said that Dash would be produced in court today.