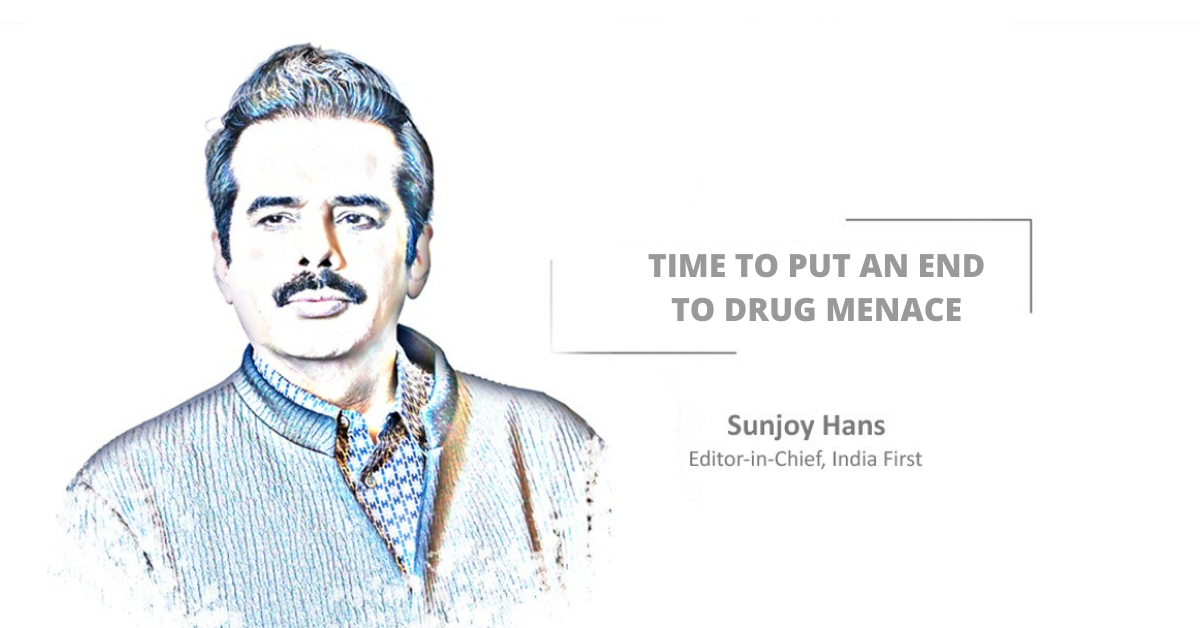 The arrest of Shah Rukh Khan’s son Aryan along with some others for alleged possession and consumption of banned drugs on a cruise ship that was raided by Narcotics Control Bureau (NCB) officials has put the focus back on what is often euphemistically referred to as substance abuse by Mumbai’s glam world, especially Bollywood. Such has been the public interest in this never-ending “ drug story” that “maal hai kya?” seems to have replaced “kitne admi the?” as Bollywood’s most quoted dialogue, according to a famous Mumbai-based columnist who knows a thing or two about the seamy side of the glitz and glamour of the film industry.

It is no surprise that drugs-related seizures and arrests grab headlines mostly when people from high society are involved, such as in the case of Aryan, who had young men and women from affluent backgrounds, mostly belonging to the fashion and glamour industry, for company on the ship that had Goa as its final destination. But NCB officials, who have become hyperactive since the Sushant Singh Rajpur-Rhea Chakraborty case that led to the interrogation of several other people connected with Bollywood, raided the ship where the rave party was on. They had prior information about the party and had boarded the ship in disguise.

It is ironic that Aryan and his friends were picked up by the police for drug abuse on October 2, which is observed as the National Anti-Drug Addiction Day to mark the birth anniversary of Mahatma Gandhi who vociferously spoke against the use of drugs and addiction. But there is no denying the fact that drug use, especially among the youth, has been on the rise.

A 2019 national study conducted by AIIMS-Delhi – in association with 10 medical institutes and 15 NGOs, on the prevalence of drug abuse in the country – showed that a high percentage of people use psychoactive substances (alcohol, cannabis and opioids). It also said that alcohol was the most commonly used psychoactive substance, followed by cannabis, opioids (heroin, opium) and inhalers.

The connection between celebrity and drugs is important. More than a decade ago, a drug control body associated with the United Nations had warned that substance abuse by celebrities and leniency of authorities in this regard could fuel massive addiction in society and spur the global narcotics trade. “Celebrity drug offenders can profoundly influence public attitudes, values and behaviour towards drug abuse, particularly among young people who have not yet taken a firm and fully informed position on drug issues,” the Report of the International Narcotics Control Board for 2007 had said.

More importantly the report had warned that cases involving celebrity drug offenders could profoundly affect public perceptions about the fairness and proportionality of the response of the justice system, especially if there was a less lenient response to similar or lesser offences committed by non-celebrities. Time has come for the authorities not only to step up their drive against drug abuse but also ensure that there is no discrimination in dealing with offences committed by celebrities and non-celebrities.