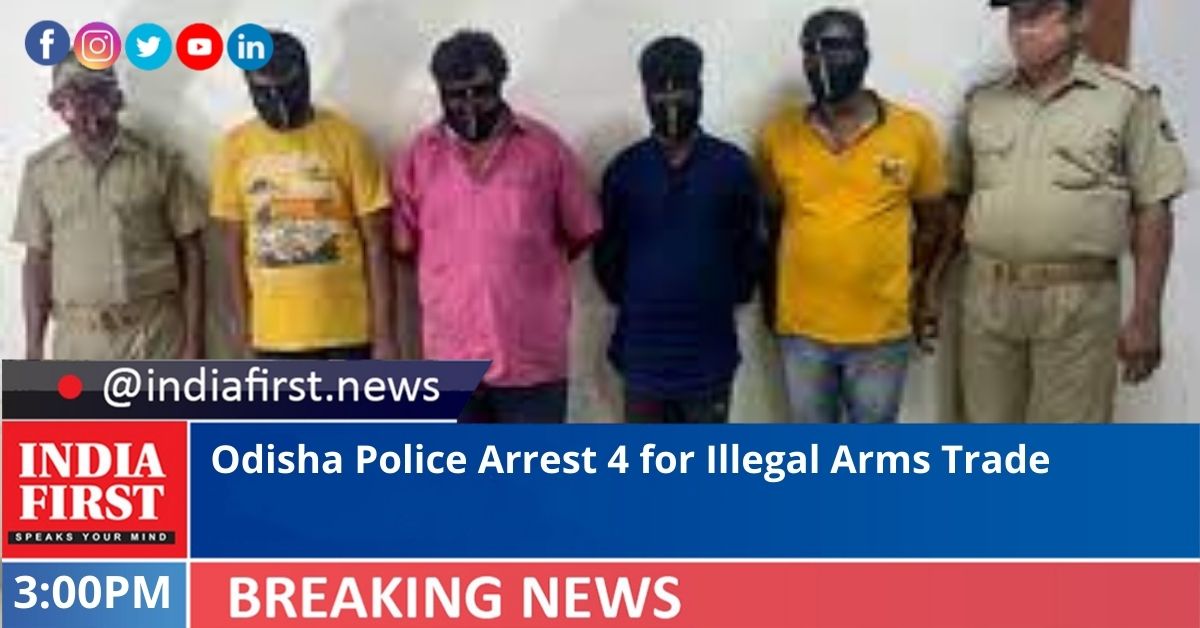 Four persons, including an Odia music album director, have been arrested in Odisha for their alleged involvement in illegal arms trade, a police official said.

Acting on inputs, a team from Badambadi police station nabbed the accused Gyana Ranjan Sahoo and seized one 7.65 mm country-made pistol loaded with two rounds of live ammunition from his possession, Singh said.

On interrogation, Sahoo disclosed that the pistol was purchased from one of the accused Prakash Rout, who deals in illegal arms and ammunition, procuring them from his brother-in-law and professional arms dealer Tukna Swain.

Similarly, two other accused were arrested for their involvement in the illegal arms trade. The police has seized two country-made pistols and 16 live ammunition from the accused. Several cases have been registered against them in various police stations, the police said.