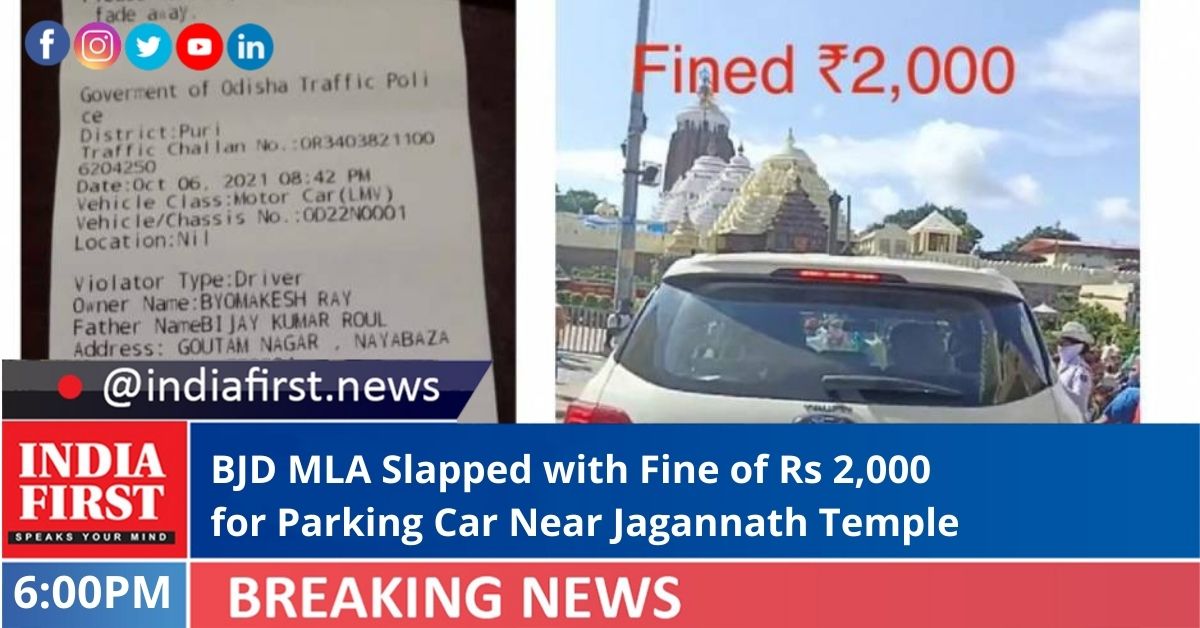 Byomakesh Ray, a Biju Janata Dal (BJD) MLA was fined Rs 2,000 after his car was found parked in a no parking zone near the Jagannath Temple in Puri.

According to police sources, Ray’s vehicle was parked near the Jagannath temple yesterday. A video of the parked car went viral on social media. After being informed about the violation, the Puri police on Thursday imposed a fine of Rs 2,000 on Ray.

An e-challan of Rs 2,000 was issued in Ray’s name for violating traffic rules and parking his vehicle in no parking zone, said traffic inspector Dillip Dhal.

On the other hand, Ray said that he was not present in the vehicle during the incident and his driver had gone with the car to bring ‘Abadha’ from the temple. However, when the police stopped the vehicle near the temple, he returned.