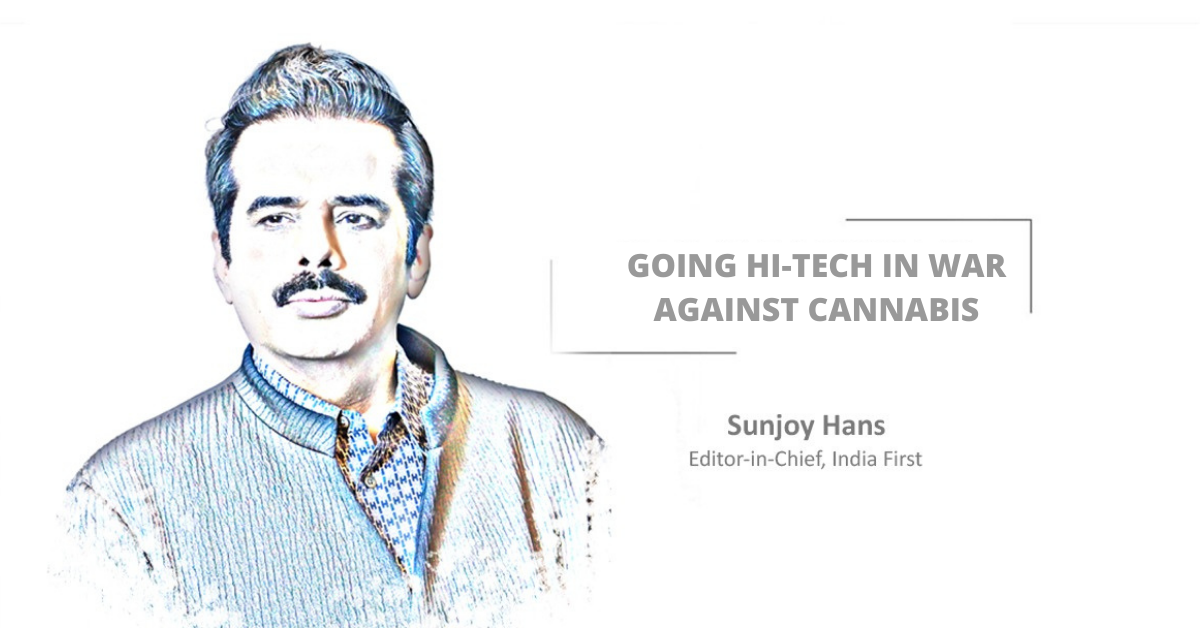 As the Narcotics Control Bureau delves deeper into Bollywood’s drug links, Odisha has intensified its war against cannabis by deciding to use cutting-edge technology, including drones, satellite imagery and remote sensing to locate and destroy illegal plantations.

State police and excise officials jointly destroyed 22,217 acres of cannabis and hemp plantations in 2020-21, a significant increase compared to 9,473 acres burnt down in 2018-19, but cannabis cultivation continues to flourish in many parts of the state. In some faraway hilly tracts, considered virtually inaccessible for the law enforcing agencies, it has turned into a veritable cash crop. Hence the need to crack down on this illegal cultivation in a big way.

While satellite and drone technology will be used to locate areas where such plantations flourish, revenue officials have been asked to check land records and pinpoint areas where the cultivation is being done before taking action against the landowners in accordance with the provisions of the Narcotic Drugs and Psychotropic Substances Act.

Cannabis farming has been reported from Boudh, Deogarh, Gajapati, Ganjam, Kandhamal, Koraput, Malkangiri, Rayagada, Angul and Sambalpur districts. Although the sustained drive by police and excise officials has succeeded in reducing the scale of cultivation, in some areas the menace is far from over. It is significant to note that in districts such as Koraput and Malkangiri, the cultivators – mostly poor tribals – enjoy the patronage of Maoist ultras who have been making money out of the cannabis trade to fund their violent activities targeted against the state.

The government this time has also decided to strengthen its intelligence-gathering mechanism at the local level to identify villages where cannabis is being grown illegally. While collectors have been asked to prepare action plans for prevention of the illicit farming activity, they have also been directed to identify poor tribal families who survive on this cultivation and wean them away by offering livelihood opportunities through the convergence of Odisha Livelihood Mission, National Livelihood Mission, MGNREGS, cash crop farming, agri-business and such other schemes.

This is significant because, apart from Maoist ultras, even ganja smugglers take advantage of the poverty of tribal people in districts such as Malkangiri and Koraput and use them as couriers who often get caught by police and excise officials and land in jail. There is also a need to create greater awareness among people in the rural belt of these districts about the disastrous impact of cannabis on human health and that of its smuggling on the economy of the country. This can be done with the involvement of village communities, representatives of panchayat raj institutions, NGOs and self-help groups(SHGs).

Considering that most of the areas where illegal cannabis cultivation is taking place have reported Maoist activities, the state can also hope to combat left-wing extremism effectively by winning the war against ganja.