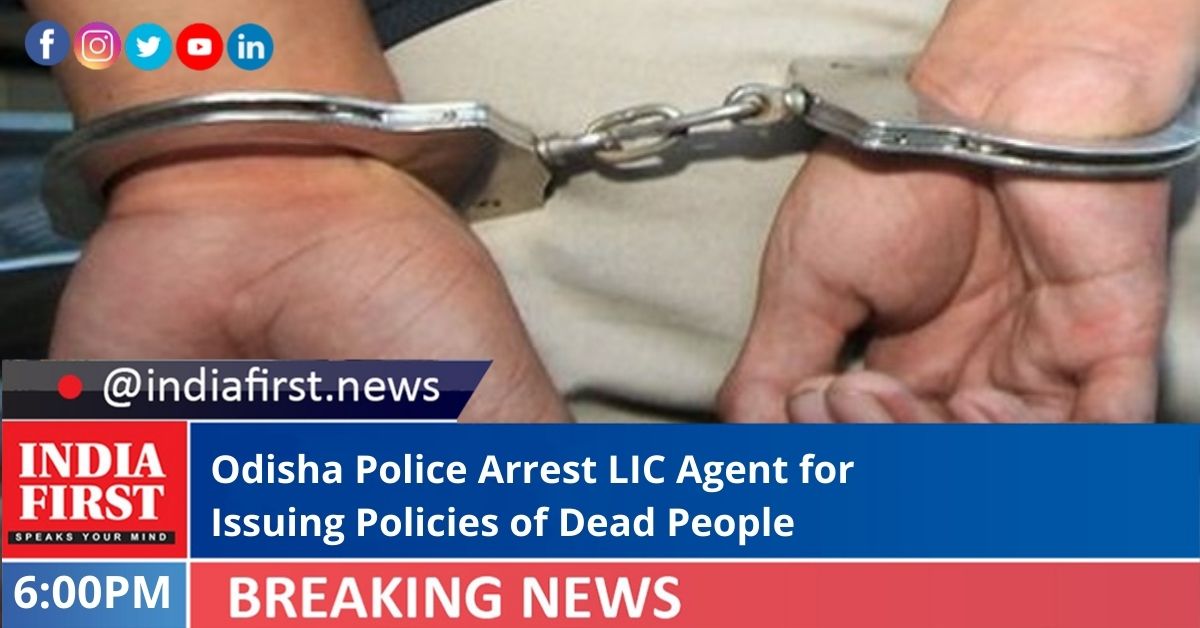 The Odisha Police’s Economic Offences Wing (EOW) has arrested a LIC agent for allegedly swindling death claims to the tune of over Rs 1.81 crore in the past few years, an official said.

In conspiracy with nominees of deceased persons, Kabiraj Behera, who has been working as an agent since 2003, has fraudulently managed to avail the money from the LIC Branch Office, Khordha.

During 2013 to 2019, Behera had fraudulently managed to get/take 23 LIC policies in the names of four dead persons, falsely showing them as alive. After about 3 to 5 years of taking those policies, Behera contrived to manufacture fake death certificates in the names of the insured persons, the EOW said in a press statement.

By using those fake death certificates, he applied for death claims in favour of the nominees in the LIC office and attempted to avail the financial benefits/death claims against those 23 policies.

The insurance policies were taken subsequent to the actual death of insured persons but the premium was being paid regularly, the EOW said, adding that also, in all policies, the sums assured were kept less than Rs 10 lakh, which comes well within the financial powers of the branch manager to settle, without referring to the divisional office.

The roles of nominees of the 23 policies and the LIC officials, if any, are under investigation, the EOW said.