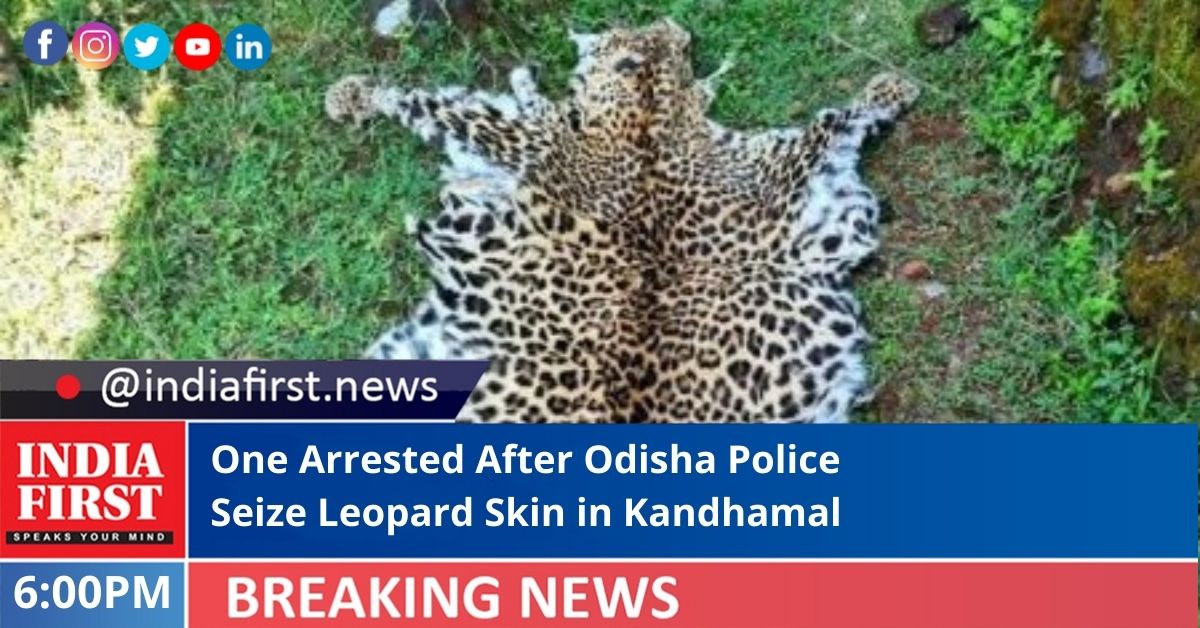 A leopard skin has been seized in Odisha’s Kandhamal district and a person has been arrested, according to state police.

On the basis of reliable information, the special task force (STF) team of Odisha crime branch yesterday conducted a raid with the help of Baliguda forest officials near Siptiguda village in Kandhamal district. The accused has been identified as Bidyadhar Nayak of Kandhamal district, the police said in a statement.