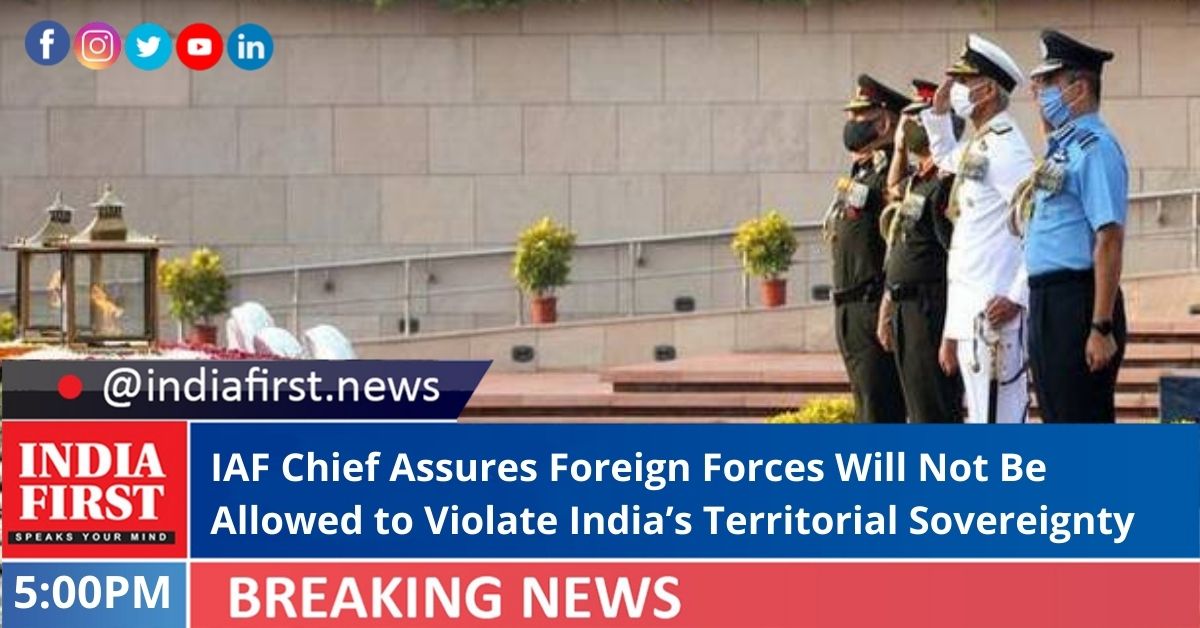 Emphasising the combat readiness of Indian Air Force, Air Chief Marshal V.R. Chaudhary today said that the force will not allow any external forces to violate the country’s territory.

Addressing the force on the occasion of the 89th Air Force Day, the Chief of Air Staff exhorted the Air Warriors to demonstrate to the nation that external forces will not be allowed to violate the country’s territory.

“I pledge to do all I can to provide you with clear direction, good leadership and the best of resources that I can muster,” he said.

The IAF chief also remembered the fallen air warriors who made supreme sacrifices in the line of duty.

Appreciating the achievements of the force, he said the last year has been quiet, challenging yet extremely rewarding, pointing out the developments in eastern Ladakh.

The prompt actions by the Air Warriors in response to the developments were a testament to the combat readiness of the IAF, he said.

Hailing the skills, courage, determination and hard work of the force, he said that it is their sacred duty to protect the nation’s sovereignty and integrity at any cost.

“You are to do what it takes to ensure that we do not let the nation down,” he said.