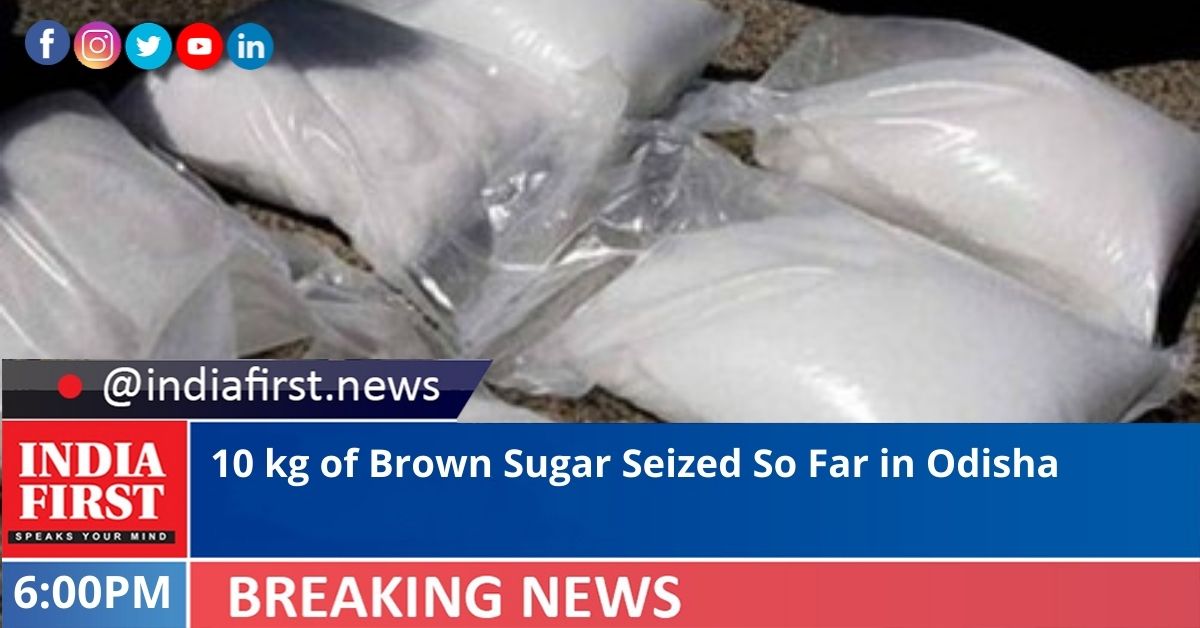 The Commissionerate of Police in Odisha has seized about 10 kg of brown sugar during the first 10 month (till October 9) of the current year, 2021, said a police officer today.

The seizure of the contraband made by the Commissionerate of Police is the highest in any police district of Odisha in one year. Last year 34 kg of brown sugar was seized in the entire State, he said.

In Bhubaneswar, under Operation White Spider which was launched on August 15, 2021, total 37 drug peddlers have been arrested and 1.75 kg of brown sugar seized, the Police Commissioner said.

Speaking about the latest seizure, Priyadarshi said the police had carried out a raid on the outskirts of the city this morning and seized 260 gm of brown sugar. Accused Murnal Samal has been arrested, he informed.

“Apart from taking strong action against such illegal drugs trade, we are also aiming at rehabilitating the people arrested in such cases with an objective of bringing an end to the vicious cycle of drug peddling in the twin city,” he added.