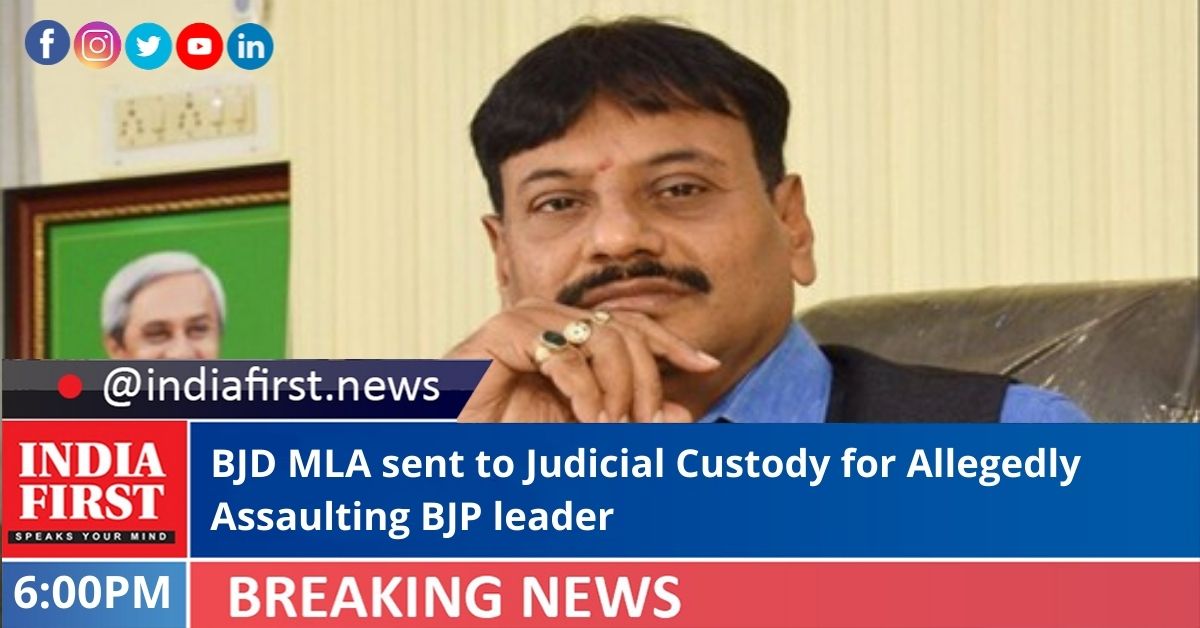 Odisha MLA Prasanta Jagadev (BJD) was sent to judicial custody in connection with an assault case registered against him for ‘assaulting’ a BJP leader last month, an official said yesterday.

Though Jagadev had moved to the Orissa High Court for an anticipatory bail, the court had rejected his plea and directed to appear before lower court. Accordingly, he surrendered before Khurda Additional District Judge court -1 (ADJ) yesterday and applied for a bail, said government advocate Rajanikant Patnaik.

The court examined the papers and evidence of both the parties and subsequently rejected Jagadev’s bail plea, Patnaik said.

However, the accused complained of ill-health immediately on the court premises and he was rushed to Khurda district hospital. After health check-up, Jagdev was arrested and taken into judicial custody, police sources said.

Following the incident, the police registered cases against the MLA based on the complaint filed by the Bharatiya Janata Party (BJP) leader. Jagadev was also suspended from the BJD party and removed from the post of district planning committee soon after the incident.