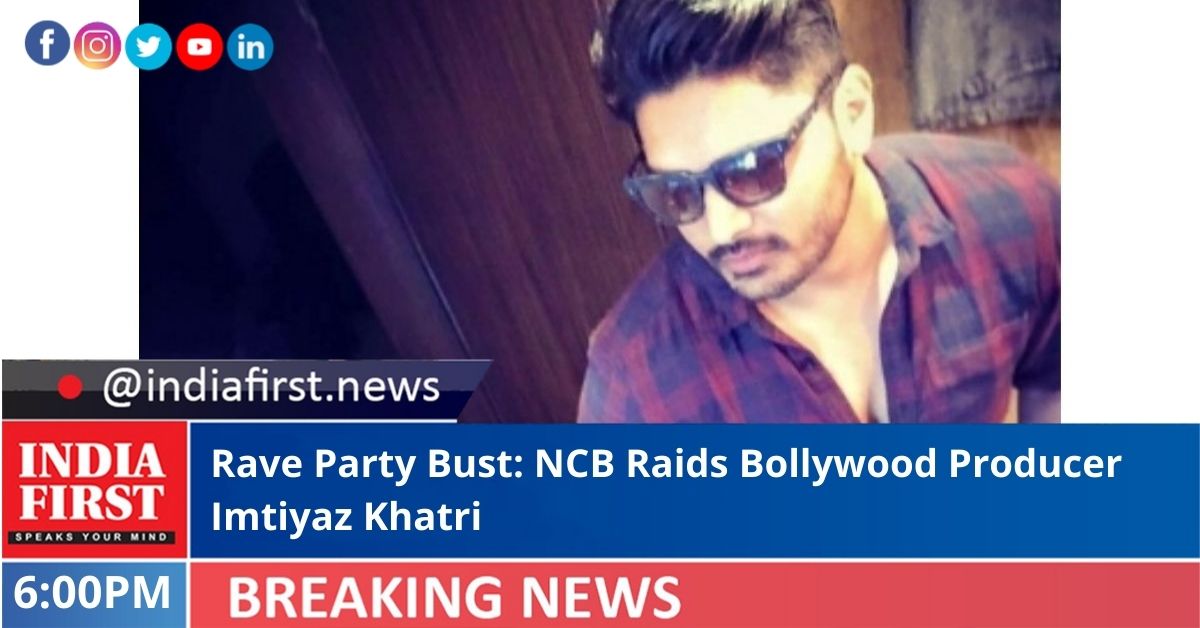 Mumbai, Oct 9 (IANS) Continuing its swoop on Bollywood, the Narcotics Control Bureau (NCB) conducted raids on the home and office of Bollywood producer Imtiyaz Khatri in connection with the rave party operation of October 2, officials said in Mumbai today.

The raids which started early today in Bandra, followed the revelation of Khatri’s alleged involvement during the interrogation of some of the accused persons arrested earlier by the NCB.

Khatri’s name had also cropped up during the investigations into the death of Bollywood actor Sushant Singh Rajput last year for allegedly supplying drugs to him and other film personalities.

The latest action – details of which are not available – came in the ongoing probe into the rave party busted aboard the luxury ship Cordelia Cruise last Saturday (October 2) when the NCB apprehended 8 persons including Aryan Khan, son of Bollywood megastar Shah Rukh Khan, sparking of a huge sensation.