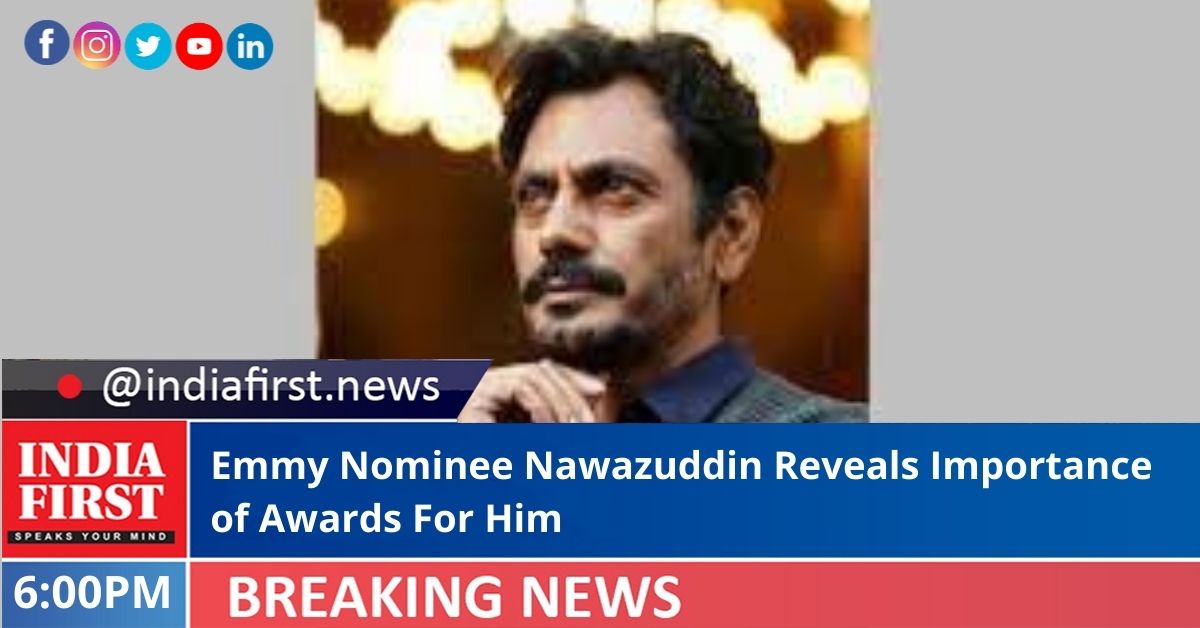 Actor Nawazuddin Siddiqui, who has been nominated in the Best Actor category at the International Emmy Awards for ‘Serious Men’, has opened up about how much awards hold importance in his life.

For Nawazuddin, an award coming from a credible place like the International Emmy Awards is of utmost importance.

Talking about how important awards are for him, Nawazuddin said: “The place the award is coming from matters the most. That gives a sense of motivation to do good work…If the award function has credibility only. Like this is coming from Emmy, they have worked for their credibility. They have promoted good cinema.”

‘Serious Men’ is based on Manu Joseph’s book by the same name. The film, directed by Sudhir Mishra is a sharp take on ambition and caste politics, put in perspective in the Indian context.

Does the International Emmy Awards nomination give a sense of validation to Nawazuddin?

“More than validation it gives confidence in credibility. It makes it stronger that you are not in a rat race and that the formula work that has been going on is not that. It makes you feel strong as the work you are doing or choosing – you are on the right track,” he said.

The ‘Gangs Of Wasseypur’ star had no idea that he would be nominated for his work and concluded by saying that it came as a surprise for him.

They have been hosted annually by the International Academy of Television Arts and Sciences since 1973.