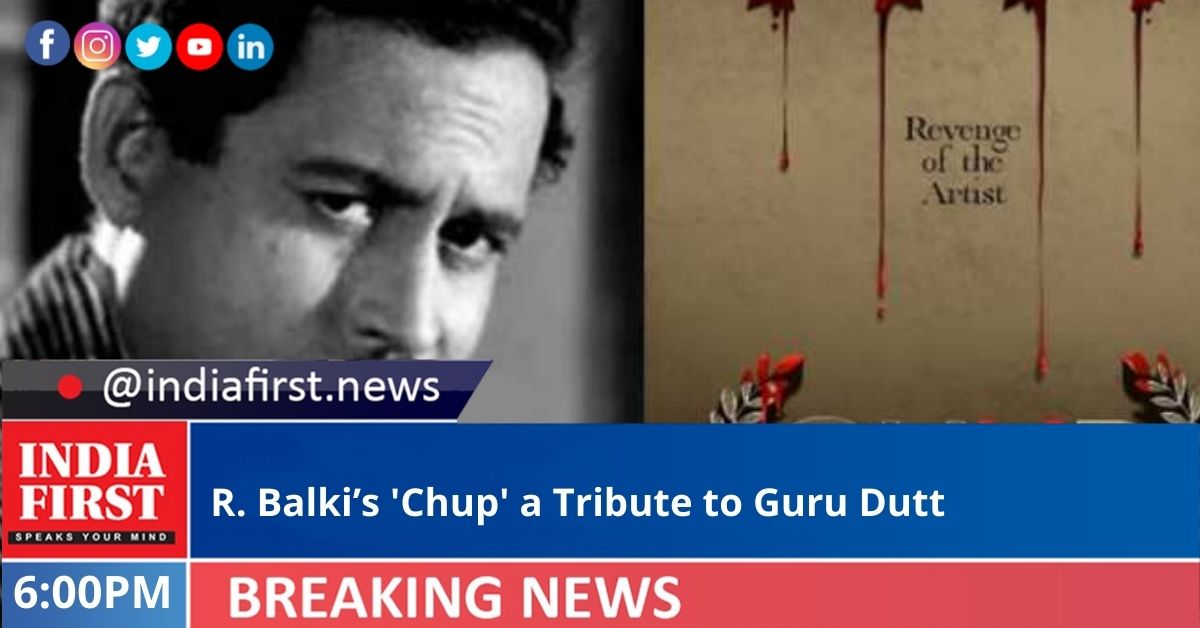 Filmmaker R. Balki has released a motion poster of his much-awaited psychological thriller ‘Chup’, which he says is an ode to legendary actor and director Guru Dutt.

Balki is honouring Guru Dutt by announcing the project on his death anniversary today.

The filmmaker said: “‘Chup’ is an ode to the sensitive artiste, and Guru Dutt is right on top of that list. I have had the story for a long time and I am glad we finally wrote it and are almost done filming it.”

‘Chup’ is Balki’s debut in the genre of blood and kills. The thriller stars Sunny Deol, Dulquer Salmaan, Shreya Dhanwanthary and Pooja Bhatt.

The movie is directed by R. Balki and Produced by Hope Productions and Rakesh Jhunjhunwala.

It is written by Balki himself based on the story he started working a few years ago. The screenplay and dialogues have been co-written by Balki, critic-turned-writer Raja Sen and Rishi Virmani.

The director of photography is Vishal Sinha and music director is Amit Trivedi. Pranab Kapadia and Anirudh Sharma are co-producers of the film.