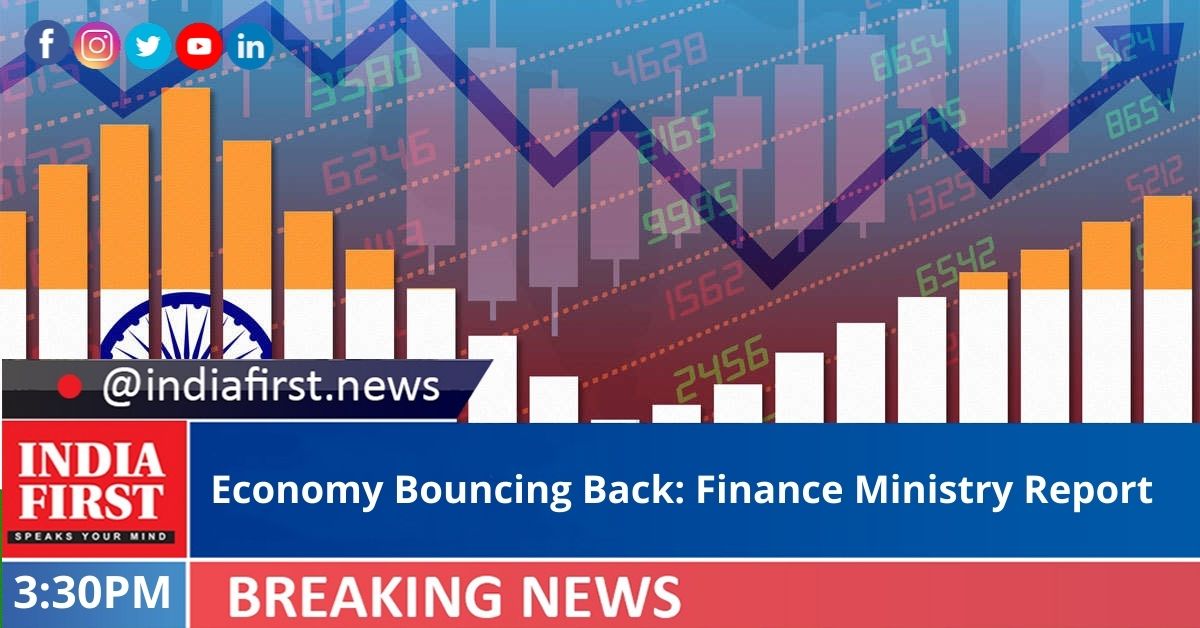 As the post-pandemic economic activity in the country picks up pace, the Finance Ministry has said that India is well-placed on the path to swift recovery with growth impulses visibly transmitted to all sectors of the economy.

The Monthly Economic Review for September 2021 released by the Department of Economic Affairs (DEA) today said that sustained and robust growth in agriculture, sharp rebound in manufacturing and industry, resumption of services activity and buoyant revenues are suggesting that economy is progressing well.

“Strategic reforms undertaken so far along with new milestones in vaccination drive have enabled the economy to navigate the ravaging waves of the Covid-19 pandemic,” it said.

The ministry noted that ebbing of the second wave coupled with rapid progress in vaccination bode well for revival of consumer sentiment, the upcoming festive season, but it warrants caution and continued adoption of Covid-19 appropriate behaviour.

While automobile registrations and sales remain affected by global shortage of semiconductor chips, the post-monsoon festive season is expected to boost demand, the report said.

It added that continued decline in growth of currency in circulation since August is indicative of decreasing demand for precautionary savings with progressive reopening of the economy.

On the equity market, the report has said that it remains buoyant on reassuring indications of both global and domestic economic recovery.

FPI flows into the country remain robust with India reporting highest inflow of $3 billion in September among emerging market economies. Thus far in this fiscal, India is reported to have received FPI worth $7.2 billion, the second highest after Brazil’s $9 billion.

These historic highs have engendered a bullish run in domestic equity markets as record additions of new Demat accounts broaden the base of equity investment in the country, the report said.

The monthly report of the finance ministry also cited that global investor confidence in India stays intact with the country attracting total FDI inflow of $ 27.37 billion during the first four months of FY 2021-22, 62 per cent higher as compared to corresponding period of FY 2020-21, with the automobile sector being one of the major beneficiaries.

In tandem with growth impulses witnessed across the economy, the rate of growth of bank credit stood at 6.7 per cent YoY in the fortnight ending September 10, 2021 compared to 5.3 per cent in the corresponding period of the previous year, the finance ministry said.