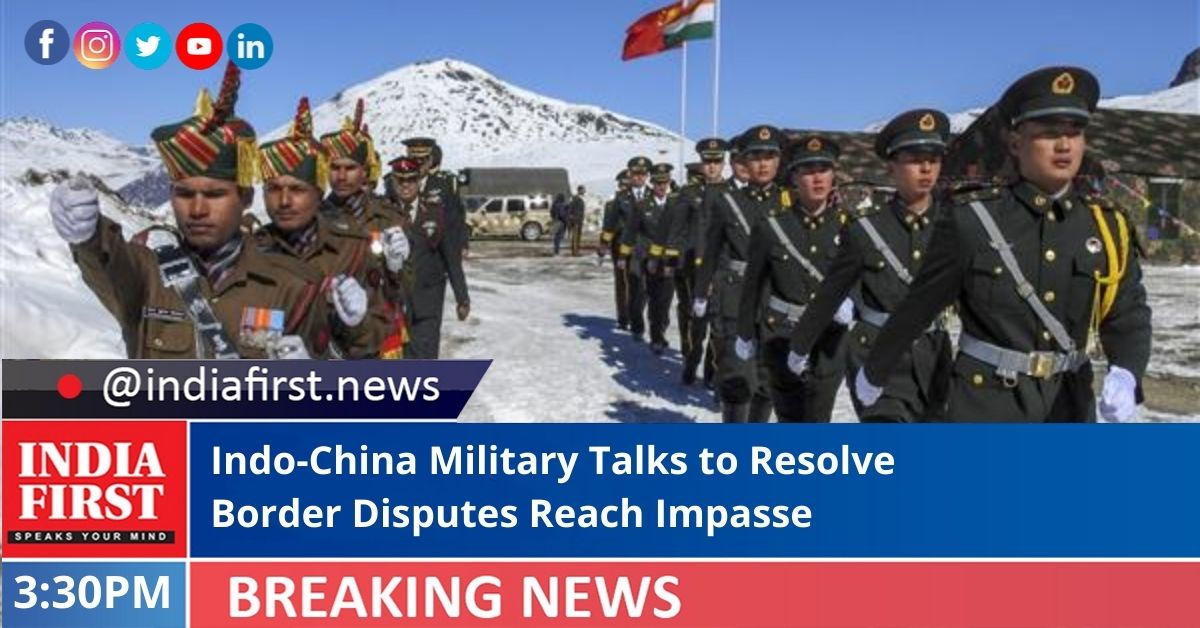 The military talks between India and China to end border disputes have not resulted in any resolution with the Chinese not agreeing to “constructive suggestions” provided by the Indian delegation.

The talks were held yesterday.

Further, Chinese could not provide any forward-looking proposals. “The meeting thus did not result in resolution of the remaining areas,” Indian Army said in a statement.

The 13th round of India-China Corps Commander Level Meeting was held at the Chushul-Moldo border meeting point on October 10, 2021.

During the meeting, the discussions between the two sides focussed on resolution of the remaining issues along the Line of Actual Control in Eastern Ladakh.

India had decided to resolve other remaining friction areas like Hot Springs and 900 square km Depsang plains during 13th round of military talks.

The Indian side pointed out that the “situation along the Line of Actual Control had been caused by unilateral attempts of the Chinese side to alter the status quo and in violation of the bilateral agreements.”

It was therefore necessary that the Chinese side take appropriate steps in the remaining areas so as to restore peace and tranquillity along the Line of Actual Control in the Western Sector.

This would also be in accord with the guidance provided by the two Foreign Ministers in their recent meeting in Dushanbe where they had agreed that the two sides should resolve the remaining issues at the earliest.

“The Indian side emphasised that such resolution of the remaining areas would facilitate progress in the bilateral relations,” the Indian Army stated.

During the meeting, the Indian side therefore made constructive suggestions for resolving the remaining areas, but the Chinese side was not agreeable and also could not provide any forward-looking proposals.

“It is our expectation that the Chinese side will take into account the overall perspective of bilateral relations and will work towards early resolution of the remaining issues while fully abiding by bilateral agreements and protocols,” the Indian Army stated.