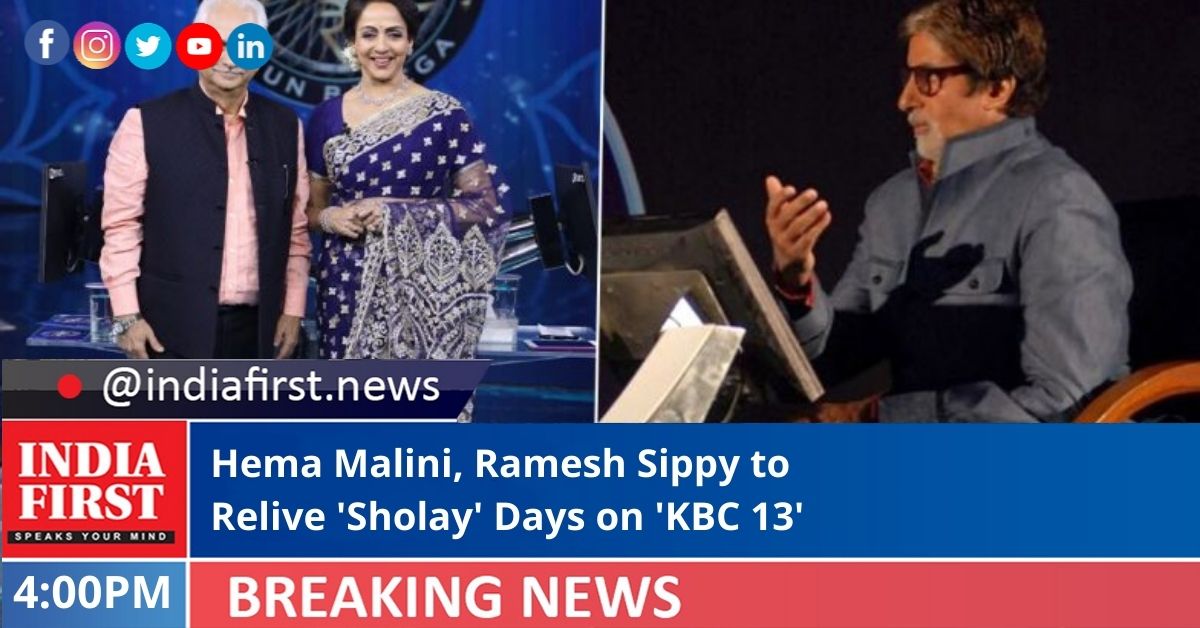 Bollywood diva Hema Malini and Ramesh Sippy will be coming on the sets of ‘Kaun Banega Crorepati 13’ to celebrate 46 years of the iconic and record-breaking film ‘Sholay’. They will be seen as special guests in the ‘Shaandaar Shukravaar’ episode of ‘KBC 13’.

Not only this, Hema Malini and Amitabh Bachchan will also be seen recreating a moment from their iconic song ‘Dilbar Mere’. The director will also be challenging Amitabh and Hema to enact scenes from the popular film as well.

Hema Malini and Ramesh Sippy will be on the hotseat playing a game with host Amitabh Bachchan and will be donating the winning amount for a social cause.